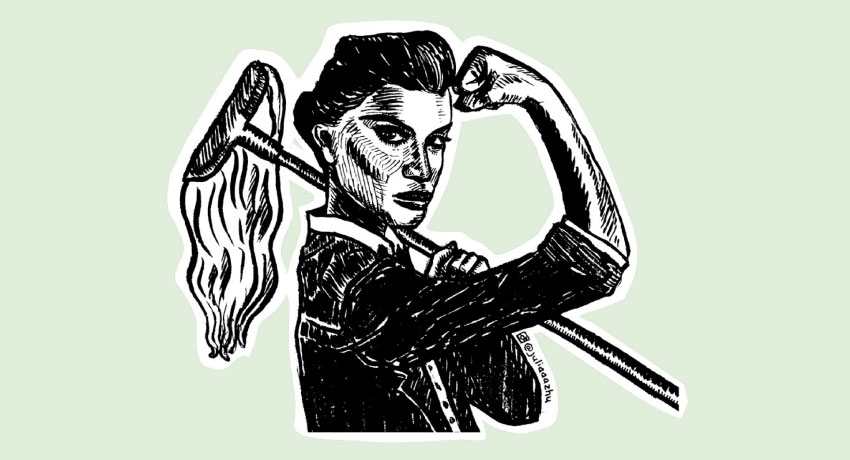 Minushika Punchihewa explores how society continues to be deeply fixated with traditional gender roles and how women need to be provided equal opportunities.

Often women give and give, in both unpaid and paid work. As we remember the impact of the women before us, let us continue to fight towards equity for all women.

We’ve come a long way from expecting a woman to be the submissive housewife, waiting on their breadwinning husband hand and foot. Yet, for every stiletto heeled step we take towards gender equality, women are reminded time and time again of just how deeply ingrained these gendered roles are. Therefore, it is imperative that we celebrate the successes and the achievements of women, while also reflecting and acting as a catalyst for further change towards gender equality. Celebrating exactly that, is International women’s day on the 6th of March.

This year we have much to reflect on. Firstly, just how colossal the year of 2017 has been for speaking out against sexual violence. Platforms such as the #metoo campaign which sprung from the Harvey Weinstein scandal, set social media ablaze with survivors of sexual violence speaking out and sharing their stories, (some for the very first time) in hopes of reinforcing the magnitude of this problem globally. While sexual violence is by no means something solely experienced by women, there tend to be higher rates amongst females. Statistics New Zealand reports that one in four females have experienced some form of sexual violence sometime throughout their life.  The victim blaming culture which stems from how women are expected to act, dress and think, are a major contributor to these astounding rates. These invisible gender expectations which we are conditioned to normalise, hinder the efforts of previous trailblazers who have worked to lead New Zealand on the path to achieving gender equality. We only have to go as far as the comments section on New Zealand Herald’s Facebook to be reminded why we need to be changing this culture around gender inequality. This means challenging the language, the slurs and rhetoric’s behind sexist comments and not having to feel god-damn judged for doing so.

With the recent announcement from our Prime Minister, Jacinda Ardern regarding her pregnancy, there have been doubts surrounding her ability to tackle both politics and parenthood. This concern most likely coming from the same people who thought it was appropriate to ask her about plans for motherhood only seven hours into her new job. Because god-forbid we would never dare to ask male politicians this question. Women already encounter enough conscious and unconscious bias in the workplace, and this kind of sexist discourse implies women are child makers first and foremost. As of last year, the current gender pay gap in New Zealand between men and women were at 12%. This may seem like an improvement from the 16% in 1998, but that was nearly 20 years ago. Nearly two entire decades have passed, and we only see a 4% decrease?! These rates become further skewed when comparing working mum’s 17%, to non-parents with a gender pay gap of 5%. Some definite alarm bells should be ringing right about now. Ladies, this is the current state of the work environment you will be entering into and the gender pay gap is just one of the biases that disadvantage women. Therefore, while Arden may not have been the first to break the glass ceiling in wanting to combine her parliamentary duties with motherhood. She certainly presents a wonderful example of female empowerment and regardless of our political stance, should agree that she reinforces positive messages to all women. Reminding all of us, women and men alike, that they don’t have to choose between pursuing a career and having a family, and encouraging those who have already been doing this for decades.

So, let’s celebrate international women’s day this year and work towards achieving equal treatment and opportunities for women of all colour, race and sexuality.