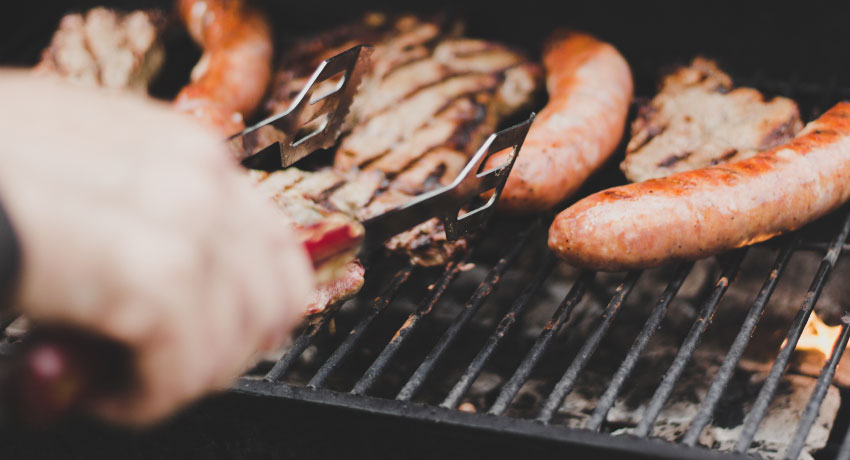 O-Week was a time for most students to socialise under the sun and to over-commit to clubs they will never attend an event of (“A club for those who have pets called Prince Harry? Sure! Why not?”). Contention seemed to be off the board, for the Pro-Life and Campus Feminist Collective stalls were kept relatively far apart, but alas, controversy is never THAT far away in the congregation of political animals that is university. This year’s inaugural disagreement was sparked by the T-shirts worn and sold by the university’s Meat Club, depicting a silhouette of a sexy cow woman with the caption, “got meat?”

The flame was fanned by Act party leader and resident meme David Seymour who donned the t-shirt in a photo he posted on social media.

Green MP Golriz Ghahraman was quick to point out the sexist nature of the T-shirt on Twitter stating Seymour was adding to the problem in a “post #metoo world.” Seymour and others were quick to point out that there was, in fact, a muscular male cow T-shirt available too. Evidently not as popular. Wonder why. In addition to the male cow being depicted in a muscular power-pose as opposed to a seductive lean one, it is important to consider the social and political context in which these T-shirts exist. Businesses have in the past, and continue to, use women’s bodies and sexuality as a marketing tool to sell products and ideologies. While companies like Carl’s Jr are the obvious offenders, even organisations like PETA have been criticised for using women in the adverts in a way that portrays them as objects rather than subjects. So while it is acceptable for companies to run demeaning campaigns and profit from them, it was (and to some degree still is) unacceptable for women to be even part-owners of their body, autonomy and sexuality.

Therefore, while depictions of sexy men, such as the male T-shirt and Old Spice tv adverts among others, may seem superficially similar, they are not steeped in the social history of fighting to be taken seriously, fighting to be heard and fighting for fair and diverse media representation. It is because of this that the purposefully controversial T-shirts are seen as a kick in the teeth for women who are exhausted from years of trying to explain why their bodies are not marketing tools when they are not yet even fully their own.

Viewing women’s bodies as dehumanised objects is part of the culture that propagates and even promotes other harmful acts such as sexual harassment. This is because if women are constantly depicted as sexual objects, it is easier for them to be viewed as lesser beings and as objects men feel entitled to act upon. This is especially pertinent when the young women around the university are especially at risk of sexual harassment and assault. Even if this was not the case, as Ghahraman put it, “Let’s not call anyone a piece of meat on campus, and let’s not overly sexualise anyone.”

To their credit, the Meat Club issued a Facebook apology stating that in hindsight their T-shirts “may have been insensitive”. What is particularly worrying, however, is the number of commenters on their post calling Ghahraman a “cow” among other derogatory remarks (that do not bear repeating) about both the MP, and those calling out the club. They are the perfect illustration of why this is about more than the T-shirts themselves.