Feature: An Interview with Chloe Swarbrick 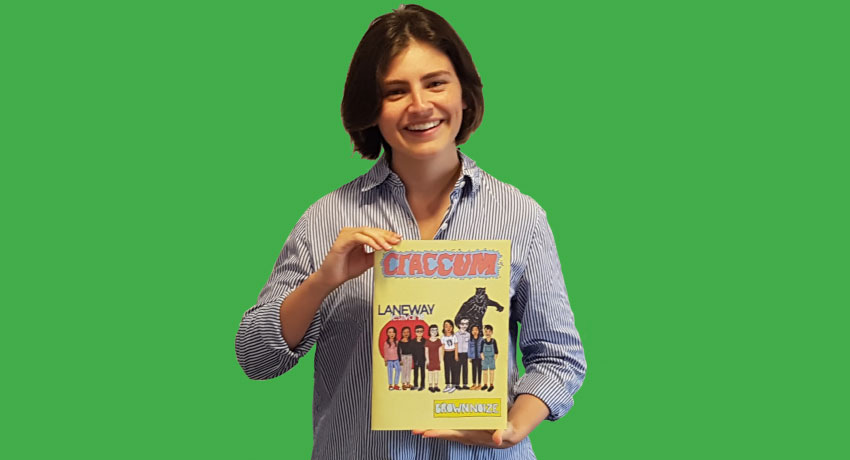 Given that National has just chosen its new leader, what are your thoughts on Simon Bridges?

I haven’t had much to do with him personally. I had a lot to do with National MPs during [my] medicinal marijuana [Bill campaign] but he wasn’t one of them because it was pretty clear from his voting track record that he wasn’t one who would be inclined to be supportive. Question time in the House the past few days has been interesting…

What can you say about the National and Greens co-leadership races?

I’ll say whatever I can! I know it was National’s caucus which had a say, which is quite different from how our caucus is quite far removed from the co-leadership competition within our party, in which delegates are chosen from around the country to vote. [Hence for the Greens it] is a much longer process and quite boring for the media. But ultimately I think we [the Greens] end up with a more democratic process.

I was reading articles about a fight between the so-called “activist” and “urban liberal wing” – is this real?

Both of the women are incredible and have different support bases. But in all the conversations I’ve been involved in with different branches around the country, I think it is important not to silo them in, because they definitely have cross-appeal, but grounded in different life experiences and different backgrounds. I think it’s more externalities painting them in those pigeon-holes – but they do represent different potential trajectories for the Party and it’s up to the Party members. As a caucus we made a decision not to weigh in on this – which I think is the best way to do this because we have privileged platforms and could easily influence the way things work and I don’t think that’s fair.

I’ve read that the actual Greens members are older, environmentally driven white people, compared to younger activists who are driven by a wider conception of social justice.

We have a very diverse party – which I see at meetings throughout the country, which I have the resources to do now. But they all sign up to the Charter, which is why trying pigeon-hole people misses the point – our Charter consists of four principles, recognising Te Tiriti o Waitangi, ecological wisdom, social responsibility, appropriate decision-making and non-violence. So we’re not as broad a church as most parties and everyone shares those fundamental values – although they can be interpreted differently.

Would you ever want the Greens to go with National?

By and large our membership and our policies fall on the Left side of the political spectrum – but there’s been a lot of dialogue over the decades about us being neither left nor right, but ‘in front’… I can’t see it happening in the short term. [The Greens aren’t just about environmental issues – ] our membership signs up to our Charter which talks about values which could apply to any system that functions equitably and speaks to the interrelation between social and environmental issues.

What are your thoughts on the talk about how the small parties seem to die in Parliament?

New Zealand has a young MMP environment, which has meant there are some trends, but it’s uncertain whether they’ll continue. I don’t know if small parties will continue to die. A critical thing the Greens need to do is communicate our wins. I think small parties die because we get subsumed by larger parties’. We need to maintain our voice, which is why I’m stoked we are in a confidence and supply arrangement so we’re not bound by collective responsibility, so we can showcase those differences. We have this trajectory where the Green party will have a policy, 5 to 10 years later Labour has it, then 20 years later it’s mainstream and the Nats adopt it. That’s one of the things the Greens exist to do.

What about the waka-jumping bill then? Will it prevent new parties?

Not necessarily… [this is] an issue inside the Party and the Government because we have a strong historical opposition to it. But the interesting thing about it is that most New Zealanders would think we have something similar already in place… This is an important conversation to have. We’ve never been in government before with ministers so we’ve never had to make compromises; so what will those compromises look like to get some stuff back?

Regarding civics and issues like that, I know it’s very important to you. What is the Government doing about this?

The things which fall under my mandate include open and accessible democracy, so my Election Access Fund Bill is to ensure people with disabilities are on the same level as other people, because they face barriers to participation.

Concerning youth engagement, so many things can be done. I’m really against the trope of young people being apathetic. When I was out campaigning and having conversations with young people it wasn’t that youth were apathetic, but they felt like they lacked the information to make an informed decision and didn’t want to make the wrong decision. The issue is that there are a lot of older people without a lot of information who still think their voice is indispensable.

Things like civics education and public interest journalism are key, and also the normalisation of politics around the dinner table and in spaces like universities. Increasing youth representation could be part of this, but it can’t be tokenistic. I’m a young person in politics but I’m not representative of all young people in politics. It should be normal for young people to engage in politics, but currently there’s only two people below 30 in the House. These older politicians are looking 10 years ahead but I’m looking 30 years ahead, because I’m still going to be alive.

The biggest critique thrown my way is that I have no life experience, but look at my CV. Young people have a valid life experience which is consistently spoken down to – we need to stop apologising for taking up space.

That reminds me of your Medicinal Cannabis Bill…

Yes, and that conversation was informed by moral panic. Most of the MPs in opposition to it claimed it was going to give a carte-blanche… but everyone already has it! 400,000 New Zealanders are using cannabis every year, according to the most recent study, in 2012 – 42% of whom were using it medicinally.

The Government’s Bill provides a criminal defence but the police just won’t follow the black letter of the law and there’ll be inconsistencies in how people are prosecuted for possessing medicinal cannabis, because police have already admitted to de facto decriminalisation. If the concern about my bill was about the ‘grow your own’, where do people think these people using the criminal defence are getting their medicinal cannabis from?

Mental health is one of your pet issues. What do you think about what the government is doing and what needs to be done?

Mental health is a massive issue for young people and that speaks to the precariousness of living in the 21st century. It’s critical to have the frontline services, like accessible helplines, counselling and addressing the systemic causes. This is insecurity – of tenure, of rent, of employment – and reversing the reversal of the power of individuals over the past few decades. The target should be zero suicides – just like we aim for zero road deaths. The changes have got to be structural and cultural – it has to be normalised to talk about this.

You’ve talked about not wanting to be in politics forever, you have an interest in constitutional law?

I never really wanted to be a politician, I don’t want to be a politician for the sake of it – like those who are politicians for a long time and become too afraid to rock the boat – I don’t want to do that, I’ll blow my job up if it is a catalyst for progressive change. No one party should decide on a constitution. I’m heartened by Andrew Little’s comments about strengthening the New Zealand Bill of Rights and that’s what I’d like to see. There are arguments for a flexible constitution, but when it comes to human rights how flexible do we want to be? I think New Zealanders want to have a constitutional conversation and politicians shouldn’t treat New Zealanders like they’re dumb. 