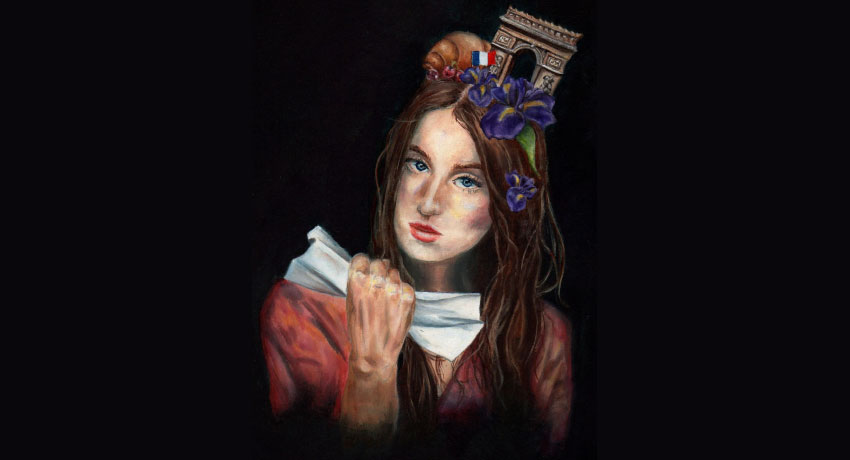 Daniel Gambitsis discusses the gendering inherent within the French language.

Language is powerful and no-where is the link between female empowerment and language politics more evident than in la France. Recently, the French government banned the use of ‘écriture inclusive’ or ‘inclusive writing’. Why is this debate so thorny and what does the future hold for French?

Inclusive writing entails changing the usual spelling rules in French to remove its inherent male bias. In French, every noun has a gender, even though there is no rhyme or reason to the gender of each word. Thus, the word for ‘cock’ (penis) is a feminine word (la bite) but the word for vagina, vagin, is masculine. Adjectives are similarly gendered. There’s no neutral form.

The default rule in French is that the male-gendering of words prevails: le masculin l’emporte sur le féminin. So, for example, a group of male and female directors is written in the plural, masculine form ‘directeurs’ because the male form is said to embody the universal (and hence the female version ‘directrice’ is not to be used)1. For job titles, the male form must be employed, even if the person is female. One of the best, and most controversial examples of this, is the word for mayor, ‘maire’. This is a masculine noun, so according to spelling rules (as advocated by L’Academie Francaise) the phrase would be ‘Madame le maire’ when referring to a female mayor, even though the word ‘le’ is masculine. However in practice, the majority of female mayors want to be referred to as ‘la’ maire, in recognition of their gender.

L’Academie Francaise defends this rule, explaining that there should be no confusion between the person and the role and its authority. It argues that the use of the masculine gender serves to neutralise differences between the sexes2. L’Academie Francaise is notorious for being old-fashioned and resistant to change, and above all the influence of English on the French language. But even French dictionaries like le Grand Robert ignore this contraindication, and recommend the feminine version of maire. Outside of France, there is more willingness to adopt inclusive language. The use of gender neutral job titles is common in Belgium and Canada. In Quebec, for example, the even more radical form of the word for mayor, ‘mairesse’, is popular, while inclusive language advocates in France prefer the gender-neutral ‘maire’.

With inclusive writing, nouns such as ‘agriculteur’ which are masculine would be written ‘agriculteur.rice.s’ to account for the female holders of this title. This removes the prioritisation of the male version of words. And instead of referring to only male citizens (citoyens), one would refer to citoyennes and citoyens.

The debate about inclusive writing recently came to a head a new grammar manual was released which promoted écriture inclusive. L’Academie Francaise, which has only ever had 8 female members, condemned the move as putting French in ‘mortal peril’. In response, up to 314 teachers vowed to do away with the rule that masculine prevails over feminine. Some have noted that this rule only dates from the 17th century, and that the Acadamie’s rules embody misogyny. Yet others claim that inclusive writing is simply too complex, especially when teaching to people like recent immigrants, and they question whether the goal of inclusive writing is futile in such a thoroughly gendered language. Is changing a language enough to change social perceptions? Wading into the debate, Macron’s government banned the use of gender-neutral French in official government documents.3

Overall, this debate sounds just like our own debate over inclusive language in English. Ultimately, I believe that language is a powerful embodiment of culture and stereotypes, and that writing inclusively, although it may require a modicum of additional effort, is an indispensable accompaniment to wider social change.