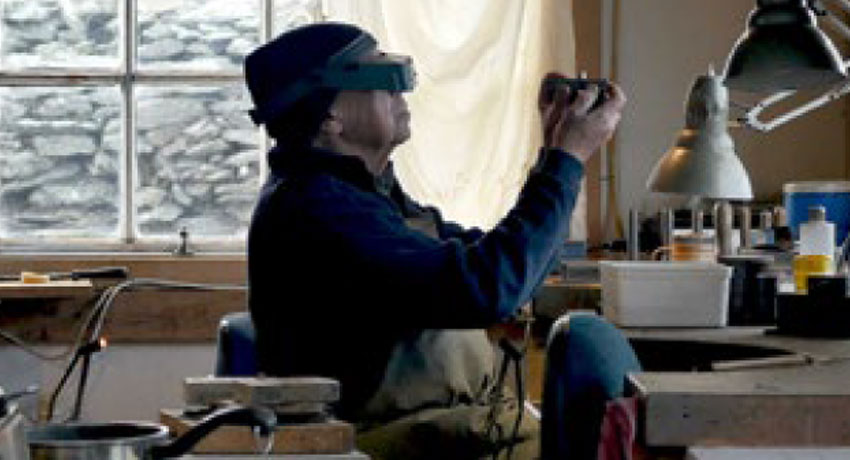 Kobi (2017) follows a heartwarming journey of an artist and 3rd generation goldsmith Kobi Bosshard, recounted through the eyes of his daughter, director Andrea Bosshard. The 103-minute film is less so a documentary in the traditional understanding but more of a home video of one of New Zealand’s more underappreciated and unknown craftsmen. The 78-year-old man’s life is narrated by Andrea via past letters, stories and interviews with added light-hearted humour which came across as homely and modest toward Kobi’s talent. While it isn’t the typical movie I would choose to see over the latest superhero flick, I walked out quite fulfilled with a whole new respect for someone I have never heard of before walking into the film.

The film, while at some parts seems slow with amateur shots, was a brainless enjoyment of an overlooked nugget of history only kept alive by those closest to Kobi and the generation who managed to get their hands on a “Kobi piece” during his prime. The film spends a considerable amount of time comprehensively covering Kobi’s life in documentary fashion, from his childhood home life to his relationship history, family heritage and hobbies to show a life well lived.

Through the eyes of an obviously proud daughter trying to match her father’s lifeline with her past memories tells the story that is far more complex and unexpected than first meets the eye. I found a new appreciation for his craft as a jeweller turned artist who firmly believes traditional pieces are still just as relevant as he is in 2018.

If you wouldn’t normally consider seeing a doco about a Swiss-Kiwi goldsmith’s humble life in Otago, I would reconsider. While I won’t be breaking this badboy out on movie nights, I think it gave me a well-rounded knowledge of the importance of someone I had never heard of, in the most heartening way possible. I would recommend this wholesome doco but maybe take your mum rather than your ‘girls night’ crew.