Arts: Different directions with One Direction 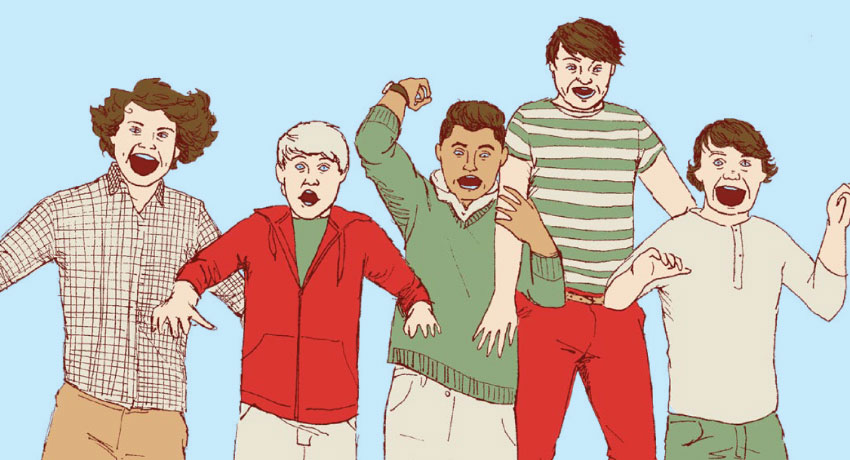 Bianca D’Souza, the ultimate One Direction fan, talks about where the members’ futures are headed.

In 2010 the members of One Direction were put together as a band on the series The X Factor after failing to progress in the reality television show as solo artists. The five piece band quickly gained popularity in the UK and took over the hearts of millions all over the world. While the band only ended up placing third in the competition, this was just the beginning for the group.

They were then signed to a 2 million pound contract with Syco Records by music producer Simon Cowell who was also the band’s mentor on the show. One Direction released five albums altogether, the fifth of which was released after Zayn Malik’s surprising departure from the band in 2015. August 2015 saw the remaining four taking a hiatus which has turned into an extended break for the artists to explore their solo expeditions. Despite this, each member of the former boy band is worth at least 50 million pounds along with all five being listed on the Sunday Times under-30 rich list. Each of them has led a successful solo career so far, some more so than others.

Zayn Malik:  Zayn Malik left One Direction on 25th March 2015 and exactly a year later he released his album Mind of Mine. Malik’s strong vocals and infectious beats are highlighted in the album as his falsettos showcasing his sexually heighted lyrics. Malik became the first U.K. male solo artist in history to debut atop the Billboard 200 with his first album. Critics were in favour of the album as it displayed Malik’s range of vocals and R&B vibe that he was unable to express when he was in a boyband.. Zayn then went on to make his name in the fashion industry as he was named the best-dressed man in British GQ. Malik also worked alongside Donatella Versace and released a collection entitled Zayn x Versus. His second album is expected to drop later this year and has been in the makes for the past two years.

Harry Styles: Styles turned a few heads when he first made his acting debut as a British soldier in Christopher Nolan’s WWII drama Dunkirk which has been given a rating of 93% on Rotten Tomatoes. Styles then launched his own record label, Erskine Records and then went on to sign a recording contract with Columbia Records. His self-titled debut album was released on 12 May 2017 and took the #1 spot on the Billboard 20 albums chart and has been described as intimately emotional seventies soft-rock vibe. Styles has since been on a successful world tour with his concert in Auckland selling out before the release of his first album.

Liam Payne: Liam Payne released debut solos such as Strip that down and Bedroom floor as a teaser to his upcoming album which has been described as very eclectic. The club-friendly tracks have received a range of mixed reviews from critics with some stating it to be generic and monotone whereas others have praised the single and compared him to Justin Timberlake. Payne spent the past year working in the studio on his album that many are anticipating as he has been giving little teasers out. His most recent single For You was in collaboration with Rita Ora and is on the Fifty Shades Freed soundtrack. Payne has delved most of his time into his music and family as he is one of two One Direction members to have a child last year.

Recommended Songs: For You

Niall Horan: Horan released his debut solo “This Town” on 29th September when he announced that he had been signed with Capitol Records. His album Flicker has been described as a folk tune pop melody as Horan’s inspiration came from classic rock acts such as The Eagles and Fleetwood Mac. His album bears the closest resemblance to the classic autumnal mood of late-period 1D which he has embarked on a worldwide tour with. Additionally, Horan has always loved and showed a passion for golf which has translated into him being involved in managing players on the European Tour. He also joined the Modest Golf management team earlier this year as a side project to work alongside his music.

Recommended Songs: Too Much To Ask, This Tide

Louis Tomlinson: Louis Tomlinson went back to where it began and appeared on X Factor as a guest judge alongside Simon Cowell. He then proceeded to create his own record label Triple Springs Ltd and worked with Cowell to create a girl band. Tomlinson first released his single “Just Hold On” on 10th December 2016 and reviews have deemed it a generic yet infectious dance song. His second single “Back to You” featuring Bebe Rexha and Digital Farm Animals was better received by critics. Louis also had a child with his former stylist Briana Jungwirth, however recently has seen to have rekindled his romance with his previous girlfriend Eleanor Calder. Aside from music and family, Tomlinson is quite invested in football and has participated in many charity games.

Recommended Songs: Back To You