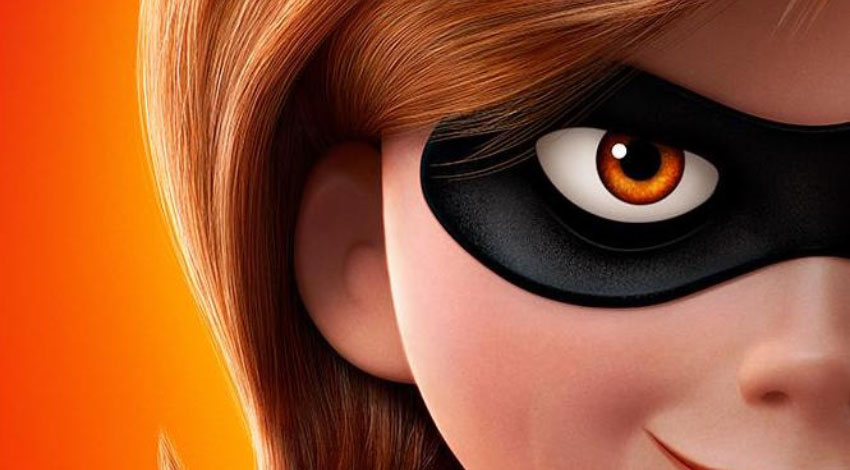 Cast your mind back through the mists of time, to 2004. When iPods had scroll-wheels, when funnyjunk.com was the pinnacle of online comedy, and before Marvel began firing its superhero movie machine gun at the world, The Incredibles was released. Most of you reading this would have seen The Incredibles for the first time as young children, and loved it, and consequently spent the last fourteen years yelling “WHERE IS MY SUPER-SUIT!?” about once a month. So, when Pixar told us we were getting a sequel, it’s no surprise that all of us Incredibles fans in our twenties looked up bleary-eyed from our adult responsibilities and said, “Hell yeah, they made us another one”. But we were wrong.

Following an excellent opening interrogation scene, Incredibles 2 picks up about thirty seconds after the final scene of the first film, with our super-family in hot pursuit of the Underminer. After some juicy action, quotable quips, and Frozone’s inevitable appearance, the plot unfolds like a takeaway menu. It’s simple, and what you get is easy to ingest and probably not worth what you paid for it. But it is by no means bad. In fact, some parts are fantastically funny.

But don’t go in expecting a sequel made for the original audience. This isn’t an animated film for twenty-somethings. It’s another kids’ film, and it’s a great one. It also introduces a slew of new superheroes, which provide some great gags and a couple of epic action sequences. Most importantly, Edna is back, and her scenes are amazing, as always.

HIGHLIGHT: Violet + a glass of water + teenaged awkwardness = the funniest three seconds of film in 2018.

LOWLIGHT: The lack of any self-referencing jokes at all. If you won’t break the fourth wall, at least lean on it a little.