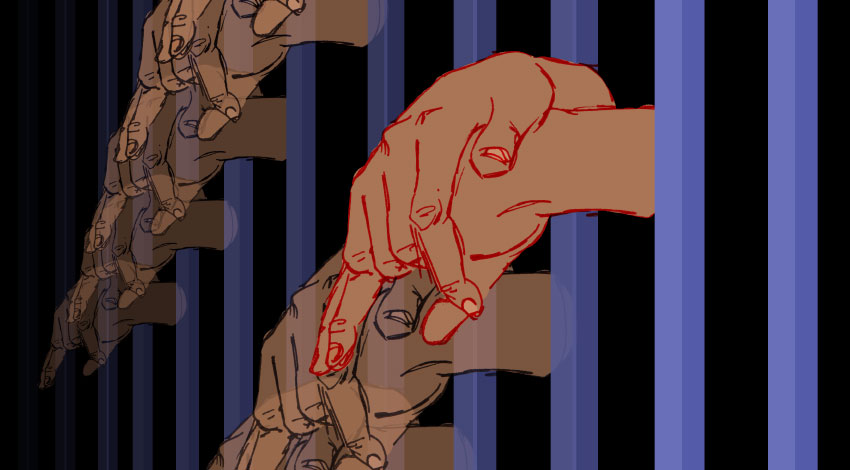 A common feature of colonised countries such as New Zealand and Australia is the overrepresentation of Indigenous people in the criminal justice system. This has come about as a direct result of the traumatising legacy of colonisation, which has shaped the socioeconomic position of Māori and Aboriginal people, increasing their risk of being exposed to the criminal system.

Indigenous sentencing has been a fundamental response to the issue of overrepresentation. Indigenous sentencing courts are a problem-solving court that address the problem of the individual offender, while simultaneously addressing the social problems of the community. The different sentencing responses identified for Indigenous peoples in the courts are key to building relationships between the coloniser and the colonised, yet the status quo cannot be effective as a subservient feature under the dominant Western criminal justice system.

Why Indigenous Sentencing? The Traumatising Legacy of Colonisation

Indigenous sentencing is not special treatment. Conversely, it is a way for the courts to acknowledge the devastating intergenerational effects of the collective experiences of colonisation on Indigenous peoples. The manner in which the British colonised New Zealand and Australia are different, yet resulted in striking similarities. Indigenous Australians were deemed uncivilised and their land as ‘terra nullius’, which was only overturned in 1992 in the decision of R v Mabo. The terra nullius status established a demeaning relationship between the British and Indigenous peoples, as the colonisers used the law as a means of legitimising random massacres, rapes, seizure of land, and the incarceration of landowners. The racist assimilation policies implemented from 1910 until 1970 saw the forcible removal of children of mixed descent to breed with white people in order to eliminate the Indigenous blood in them.

The colonisation of New Zealand was different as the signing of the Treaty of Waitangi acknowledged certain native rights. Despite this, the colonisers continuously refused to acknowledge native rights, illegally acquired native land, and implemented assimilationist policies such as the Native Schooling System in 1867. In both countries, assimilation policies restricted children to manual training or domestic training, which produced generations of Indigenous peoples reliant on low-skilled jobs, rather than seeking tertiary education.

Indigenous peoples are overrepresented in the criminal justice system today because of the continuing legacies of the past. Assimilation policies effectively wiped out Indigenous culture and their way of doing justice. The common law legal system was foreign to Indigenous peoples. Concepts such as an individualised focus were different to Māori culture’s focus on the community. Tikanga Māori was largely ignored as the system stressed the separation of the criminal system from the community, the alienation of the victim, and the lack of focus on utu. Furthermore, the urbanisation of Māori into Pakeha society in the late 20th century led to decreased respect for Māori traditional leadership and weakened ties to tribal lands and social organisation.

Similarly, for Aboriginal Australians, the Law Reform Commission describes the process as an alien system imposed by the dominant white society. All of these factors directly shaped the socioeconomic disadvantage indigenous people experience. In addition, their overrepresentation in low skilled work sectors means that they are underrepresented as judges, lawyers, politicians, and juries. Thus, Indigenous peoples do not influence the making and enforcing of laws—remaining oppressed by the dominant status quo.

In New Zealand, the negative statistics of Māori overrepresentation, their increase in prison populations, and the Māori renaissance period have pressured the government to reform sentencing implicated in their over-criminalisation. Restorative justice is one of the reforms to sentencing that reflect tikanga Māori concepts. Restorative justice is different to traditional penal practices in that it puts the interests of victims, the rehabilitation of the offender, and the reintegration of the offender to their community at the center of their concern. Instead of the depersonalisation of the offender through state sanction, restorative justice focuses on the concept of ‘reintegrative shaming’. Through facilitated meetings with the judge, the offender, the victim, police and a community member, reintegrative shaming lets the offender know that while their behaviour is not acceptable, their community is still supportive in their rehabilitation and reintegration.

The concept of utu is highlighted through victim participation, which promotes closure and healing. The passing of the Children, Young Persons, and Their Families Act 1989 introduced Family Group Conferences for youth offenders. The Family Group Conference aimed to be inclusive of differing cultural family dynamics, which allowed whanau to be involved in the process. Despite the FGC being unique in its approach to diverting youth offenders from the courts, it does not directly address Māori and is unable to cater to Māori needs to the full extent. Eleven percent of Māori youth still have twelve or more court appearances after FGC. A key factor to this reoffending is not having whanau or community support present at the conference. As such, when the whole concept of restorative justice is predicated upon having functional community and family support, Māori continue to be disadvantaged, as the intergenerational trauma of colonisation has detrimentally harmed their familial and community ties.

More specifically focused on Māori is the establishment of the Gisborne Marae Youth Court in 2008 as a response to the disproportionate rates of Māori in the Youth Court. The court process still sits within New Zealand Youth Court system but implements tikanga concepts in a culturally appropriate manner. Those who attend must agree to marae protocols, including learning one’s whakapapa. The offender is held to account for their actions, but also held close to their whanau. The Marae Youth Court has improved court appearance rates, and increased a changed attitude towards respecting court processes. Importantly, Marae Youth Courts re-establish a connection with the Māori culture. However, there has been a lack of evaluation of the effects of recidivism of these courts. Importantly, marae justice programmes may sound effective in theory, but can be culturally disconnected in reality. The practice assumes the offender has knowledge and respect for tikanga Māori. For modern Māori youth, many are not culturally connected to tikanga, especially those who come from broken families.

Section 27 of the Sentencing Act 2002 allows an offender appearing for sentencing to call a witness to address issues that involve their ethnic or cultural background that may have impacted upon their culpability. This section was aimed to reduce imprisonment by involving peoples of different cultures to find alternative ways of imprisonment. Parliament developed this section with Māori in mind to involve whanau and communities in alternative sentencing. However, despite the idealistic aims of section 27, it has failed to be successful. The Ministry of Justice reports that section 27 is under-utilised because of the general lack of awareness surrounding the existence of the section, and a lack of knowledge on how the section could be used effectively by lawyers, judges, and offenders. Furthermore, section 27 cannot enhance the cultural responsiveness of the alienating court process. The clear power imbalance of the criminal justice system means many whanau do not feel comfortable participating.