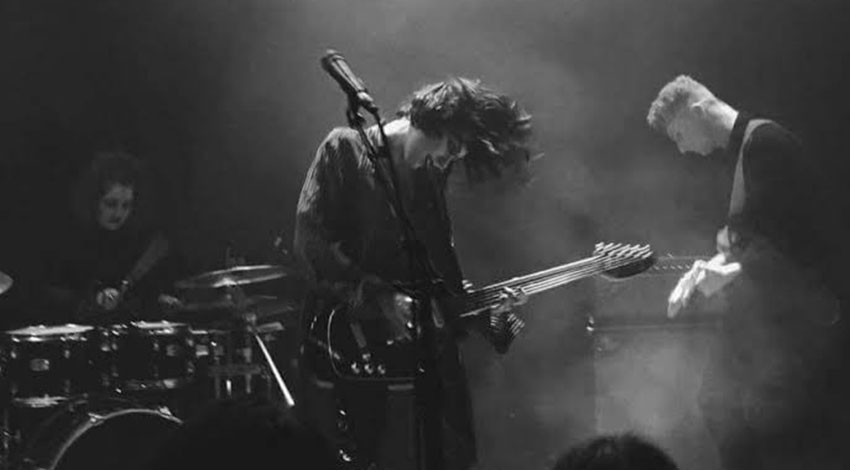 UK goth pop outfit and The 1975’s Dirty Hit label mates Pale Waves made their New Zealand debut at the Tuning Fork last Saturday, fulfilling the wishes of many of their NZ fans who had been dying to see the band since their emergence last year. Local act Daffodils warmed up the crowd with their brand of upbeat indie pop, getting the audience going, with many others filtering in during their set.

Starting off with their infectious hit “Television Romance”, Pale Waves had the crowd singing along from the start, as frontwoman Heather Baron Gracie danced her way through the set of songs like a possessed puppet on strings with the rest of the band painting a brilliant canvas of sound of dazzling 80’s pop devotion. Rolling onto “Heavenly” and “Kiss”, Pale Waves showed off their signature usage of shimmering guitars, gigantic Cure-esque synths as well as an overabundant use of the words “honey” and “heavenly”. The more emotional, slower and melodramatic “My Obsession” broke up the flow, sounding much more alive and unrestrained in its live incarnation, before the band returned to their trademark uptempo faux-goth bops.

Playing through the recently released “Noises” and fan favourites “The Tide” and “New Year’s Eve”, and closing off the set with “There’s a Honey”, the band had the crowd full of energy and singing every word before departing. Their setlist also included a pair of unreleased tracks, with the instant earworm “Eighteen” telling a tale of young love, while the slow-building “She” conveyed an episode of heartbreak.

Although Pale Waves without a doubt satisfied their core fan base and put on a fun show with the set running by quickly, the band should focus on tightening up their songwriting and showing us what else they have to offer in order to not be written off as pale imitators of The 1975.