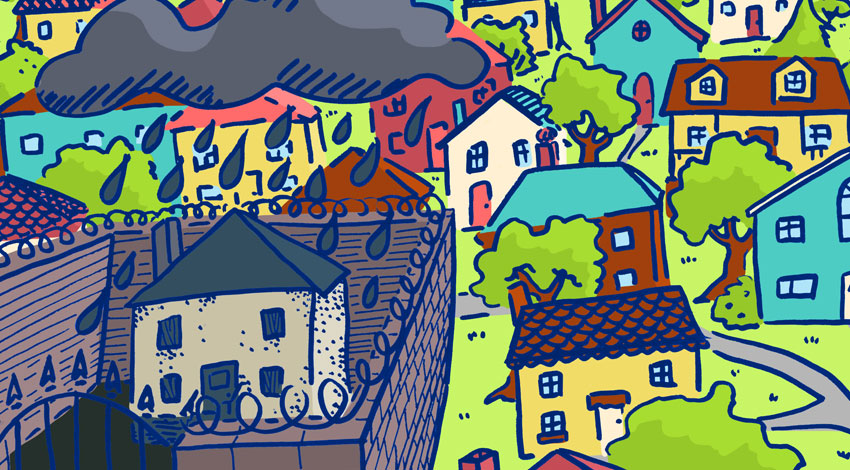 Around one incident of domestic abuse occurs every five minutes in New Zealand. Even worse, approximately half of all reported homicides are family-violence related. Clearly, domestic violence is a catastrophic issue in New Zealand.

Traditionally, domestic violence was perceived as a very private issue. The severity of domestic violence was only brought into public attention in the 1970s. The Domestic Protection Act 1982 was a policy response to this widespread public concern. Although the Act provided non-molestation and non-violence orders, these legislative solutions were negated by the strong societal perspectives that it was no-one’s business to interfere with someone else’s family matters. The ineffectuality of the Act became apparent in Newlands v Police where the victim was blamed for being “provocative” rather than the Court focusing on condemning the violent behaviour of the perpetrator.

Although the 1982 Act tried to provide a legislative solution to the public policy issues regarding violence at home, it was inherently too restrictive for the needs of the modern society. The 1982 Act was therefore repealed by the Domestic Violence Act 1995 (DVA95) to provide a more thorough policy response to address the major societal concerns of family violence in NZ.

For several years after the enactment of the DVA95, the effectiveness of a protection order was unclear, especially due to the second ‘necessity’ limb. In Doyle v McEwen, Hammond J set out a very high threshold, ruling that ‘necessary’ meant that it “cannot be without.” It was not until the landmark decision of Surrey v Surrey that the Court of Appeal took substantive steps to enhance the domestic violence laws in New Zealand. The Court ruled that there is now a presumption that a protection order will be necessary once the applicant shows that (1) past violence has occurred; and (2) there are reasonable grounds for the applicant’s subjective fear of future violence. Effectively, the Court has refined the legal position to provide victims with a forward-looking preventative tool, thereby departing from the traditional responsive approach. Although the test for necessity remains an objective one, the fact that the evidential burden of proof shifts from the victim to the perpetrator is an optimistic step as it allows the victim to obtain a protection order before any serious harm is inflicted upon them.

Police safety orders highlight that the current legal structure focuses on a pro-intervention approach to domestic violence. Police safety orders can be issued by a qualified constable at the scene of the incident, where there is reasonable belief that removing the perpetrator is necessary for the victim’s safety, even without the victim’s consent. It prevents the perpetrator from having any further contact with the alleged victim for a maximum period of five days. Thus, Parliament provides an efficient legal tool for victims, giving them “a period of safety in which the victim can consider their future options, including the possibility of a court protection order.”

However, although a Police safety order provides a temporary shield for the vulnerable party from harm, there is no right of appeal against this type of order. Consequently, some have argued that this lacks any form of natural justice offered to the respondent concerned. By focusing too much on the safety of the victim, Parliament has unfortunately caused an imbalance in the justice system where the respondent’s right to be heard has been taken away. Nevertheless, in light of the high public policy objective that personal safety is fundamental, Police safety orders can arguably be justified as giving state authorities a temporary statutory power to deal with perpetrators before the victim encounters any serious harm.

The Consequences Of Domestic Violence On Children

In New Zealand, it was not until the tragic Bristol case which led to a public uproar to change the legal position where the safety of children was concerned. Prior to this tragedy, the general view was that allegations of violence between partners were unlikely to impose a risk to the children. This resulted in the father obtaining an interim custody of his three daughters despite the allegations of prior abuse against his ex-wife. Consequently, when the father killed himself and his three daughters, Parliament responded by creating a new presumption under the Care of Children Act 2004 (CoCA) that if a parent is found to be violent, then they are deemed unsafe to have unsupervised contact with their children. Likewise, prior to the Kahui case there was nothing in New Zealand law which dealt with omitting to protect a child. Thus, when no one was held responsible for the deaths of the Kahui twins, another wave of public outrage urged Parliament to criminalise child neglect.

Through these changes in law, Parliament sent a strong message to the public that the safety and protection of children are paramount in our society. Therefore, the current legal position emphasises that the safety of children is of utmost importance. This is reflected in the Oranga Tamariki Act 1989 which explicitly aims to protect children who are suffering from harm, ill-treatment, abuse or serious deprivation. Current legislative policies stress that the welfare and interest of the child is the first and paramount consideration in any decision.

In light of these specific statutory mechanisms aimed at protecting children, the DVA95 clarifies that the most vulnerable victims in a domestic setting are the children. Accordingly, causing or allowing a child to witness abuse is considered as psychological abuse. Therefore, the law extends its protective function to maximise the safety of children by allowing children to obtain protection orders as direct recipients and/or as witnesses of violence. Furthermore, when a protection order is granted, a parenting order is also available for both the applicant and the respondent under the CoCA. The assessment of a parenting order is a balancing exercise where the Court must ensure that the child will remain safe with the issuance if the parenting order. Conversely, a Police safety order immediately suspends any parenting or contact order. Therefore, it is obvious that the current framework attempts to maximise the interests and safety of children and to minimise any potential risks that might to imposed on them.

For the past two decades, Parliament and the Courts have continuously refined the legal position to put in place effective legislative and judicial policies to support victims of abuse. Although the current framework attempts to combat the intolerable levels of domestic violence in New Zealand through preventive instruments, recent statistics suggest that there must be a stronger focus on active prevention of violence, rather than responding to the incidents which have already occurred. Thus, to prevent domestic violence in the long-run, it arguably becomes a sociological issue. It ultimately requires a great level of social and cultural change from the wider population of New Zealand.