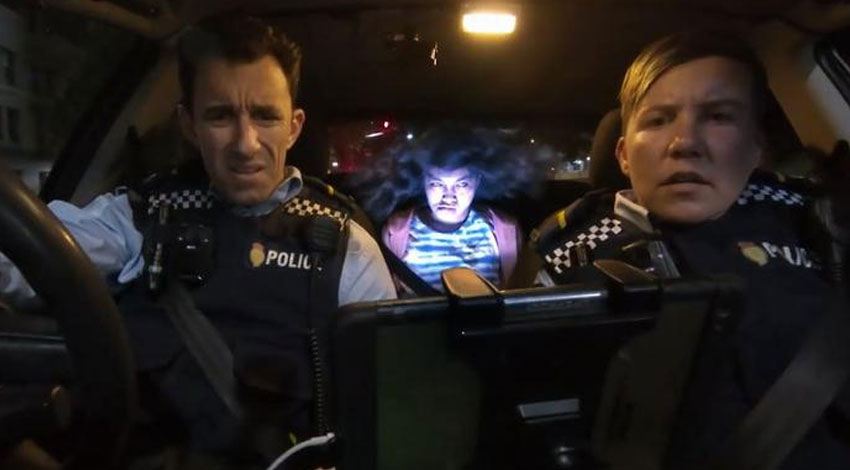 I can only assume that TVNZ’s hotly anticipated new police-based reality television show Wellington Paranormal is massively popular, because I personally really like it.

If you’re a fan of crime shows, whether fictional or real, you will know that it’s really up to the dynamic of the police officers as to whether the show is going to be a hit or not. Police Ten 7, Castle, CSI, Highway Patrol; all of these shows rely on hard-working, charismatic police officers to carry the show. Luckily for us, Wellington Paranormal is no exception. Minogue and O’Leary have what Minogue describes as a ‘Scully and Mulder’ dynamic “because she [O’Leary]’s analytical, she’s got the brains; and I’m a man with brown hair”. The pair are always looking out for one another, whether it be getting O’Leary unstuck from a fence or saving Minogue from a haunted bathroom. Their camaraderie and teamwork are not only fun and endearing for the audience, but also make one feel much more confident in the New Zealand police force. If every officer out there is as laid-back, unassuming, and willing to stick their fingers right down deep into unidentified alien plant life as these two; we’re in pretty good hands.