The Playing with Yourself Playlist 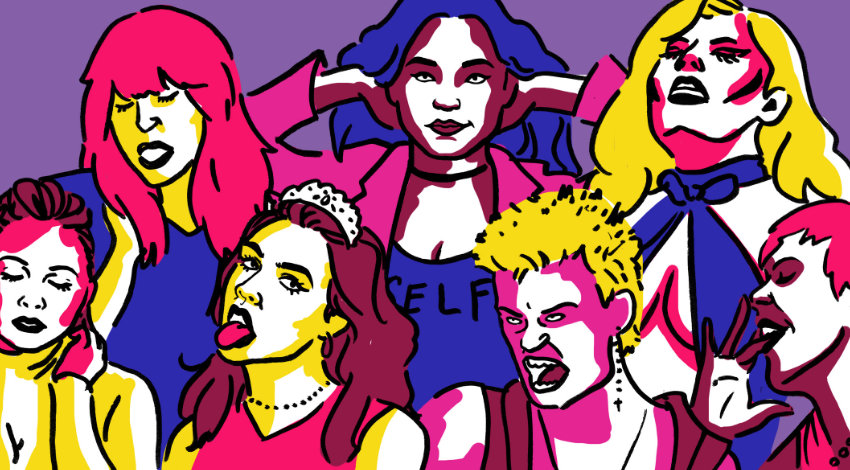 “I’d rather lay in bed and Motherlove myself”

Bea Miller is sick of men having all the fun, throwing off the disappointing two-minute hookups – she’d rather just do it better herself.

Body Of My Own – Charli XCX

“I don’t need you. My touch is better. I’m rolling much harder”

Charli XCX goes in hard on this track. Rejecting her love, finding solace in herself, nothing screams bodily autonomy than touching yourself.

Dancing With Myself – Billy Idol

Idol himself has proclaimed that this song is not about being lonely and having a wank but… there are just too many signs for that not to be the case. Please tell me more about those ‘love vibrations’ aye Billy. He’s just dancing with himself in the club, definitely not touching himself.

“It’s just you and your hand tonight”

I Touch Myself – Divinyls

“When I think about you I touch myself”

“Pictures in my mind on replay. I’m gonna touch the pain away”

On the mostly unknown kiwi Youtube series, Pop on the Couch, Alex Casey described this song as a great song to play at a fun run, and I can’t totally take that thought out of my head even though Hailee is clearly talking about having a taco Tuesday. Hailee even wears this tee-shirt that says ‘self service’ in the music video – what bigger sign is there than that.

“I lay around, touch myself to pass the time”

Appearing on Joanne, ‘Dancin’ In Circles’ takes that country, ska and reggae vibe to a place of self-worship. You expected a Gaga song on this list, didn’t you? Well, this is the one. She’s dancin’ in circles.

“you got the star of my liquid dreams”

You probably haven’t heard of O-Town. Neither had I, ‘till I did some searching. They’re some boy band, and the music video for this song is so early ‘00s it’s fucking great. O-Town are a bit creepy in this song, talking about some girl who’s a mix of Destiny’s Child, Madonna and Janet Jackson – a truly strange combination.

“B is for battery, O- operated, B is for better, cos he’s not complicated”

(Arts Editor: SHE’S LIVING. YOU CAN WRITE WHAT YOU WANT WHEN THE AS TOLD BY GINGER THEME SONG PAYS THE BILLS!)

Party For One – Carly Rae Jepsen

“I’ll just dance for myself, back on my beat”