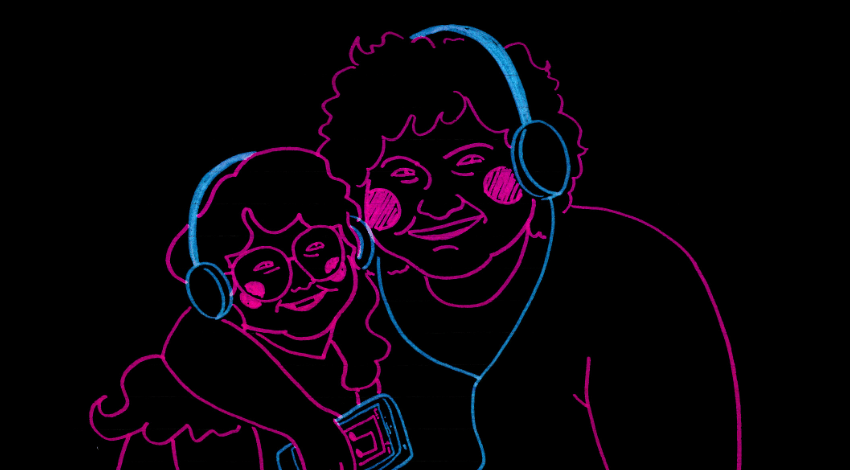 Here at the Arts section, we’re trying a little bit of restructuring. I’m getting off my ass, basically. I’m also filling space because no one but the editors have contributed to the section this week! We’ve also had a Spotify that I have been absolutely horseshit at promoting, so guess what! We’re changing that. Now, no promises on the permanence of this new running feature, but we’re going to try our best. Each week, we’re going to present a curated playlist for your pleasure, some themed and some not, and we’ll just see how it sticks. Please send a message if you want to get in on this!

1. Always Be My Baby – Mariah Carey

6. Does Your Mother Know – ABBA

7. Fuck The Pain Away – Peaches

Now, I don’t know how many of you have heard of Dee Dee Blanchard and her daughter, Gypsy Rose. I still don’t understand why she named her daughter after a slur… but if you’re the kind of person that puts weedkiller in your “mawma’s” soup, I suppose you’re not exactly considering social etiquette. Anyway, I’ve been obsessed with their story over the last week. Doing my Wikipedia searches, watching Youtube videos, checking out professional media, etc. I’ve known the story for years, but it is having a massive resurgence due to the recent TV spotlights on dead ol’ Dee Dee and Gypsy. I won’t spoil it too much for you, but I eagerly recommend that you check out the documentary Mommy Dead and Dearest and The Act, the latter currently streaming on Hulu. Which we don’t get in New Zealand. So y’know, figure that one out. But to try summarise their story… it’s a combination of the ‘You were keeping her sick’ scene from The Sixth Sense, the (alleged…) self-delusion of David Bain, and if Tangled ended up with Rapunzel and Flynn sticking the shard of glass in Mother Gothel’s back five or six times. I wish I was exaggerating with literally any of those comparisons. There’s almost nothing like it so readily available in the crime landscape, and it fits in so well with the internet era! Gypsy met her boyfriend on a Christian dating service, and then webcammed with her boyfriend who believes a vampire is his alternate personality, and she gets off by holding a scissor to her throat on Skype! While doing other BDSM acts in a Cinderella costume! THAT SHE FIRST USED TO MEET UP WITH A GUY WHO DIDN’T KNOW THAT SHE WAS FAKING BEING IN A WHEELCHAIR! BECAUSE THAT WAS TOTALLY A WHOLE OTHER THING!

It’s all batshit, and at some point, you’re going to wonder whether Gypsy’s retaliation was really a crime, given the sheer level of enforced insanity that made up her entire life up until 2015. Not that she wasn’t her own kind of batshit, but you feel for her. Overall, you really need to check their story out for yourself, both for your own pure curiosity and so 95% of these jokes make sense to you. But for now, listen to the playlist. I’ve even put the songs in chronological order with the real life drama!

Listen to  ‘An Ode to Gypsy & Dee Dee’ playlist by following ‘Craccum Mag’ on Spotify.