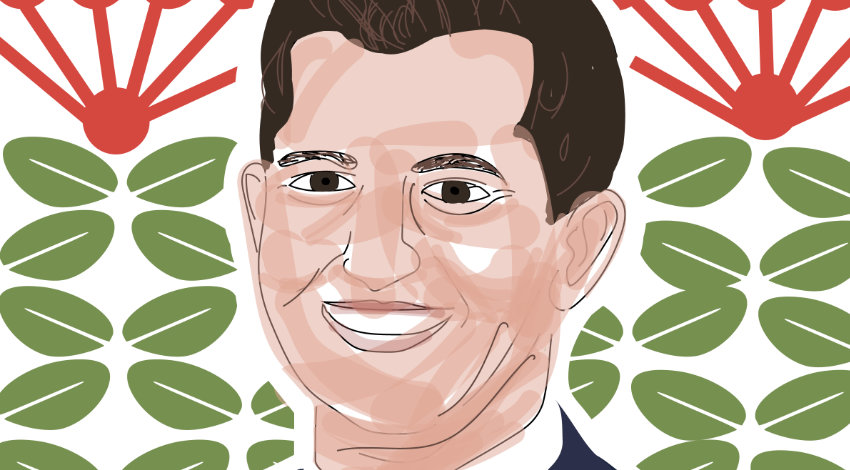 I’m standing outside Chuffed on High Street waiting to meet Richard Hills. I’ve arranged to meet him at 11am and I’ve made an unusual significant effort to make sure I’m not just on time, but early (I left a tutorial halfway, only went for the participation mark). I spot a Lime 100m to my right zooming down the footpath, and there appears Councillor Richard Hills. Richard is one of the two current councillors for the North Shore, serving alongside Chris Darby. He has very kindly given me an hour of his time to speak with me. He is also the first person I’ve interviewed who has appeared on a Lime. He tells me that he was running late and that despite the recent ban (and then reversal of the ban), he’s pleased that the braking issue is fixed so he can use a Lime.

We sit in Chuffed and order our coffees. Richard, at 30 something, is the youngest of the Auckland councillors by ten years. He is a graduate of AUT University with a Bachelor of Communications. He initially was interested in Radio or Journalism but maintained a strong interest in Politics. I asked if he actually attended lectures: “I was generally good at attending unless it was a 4pm or 5pm lecture, or if there was a massive gap between them”. Following his time at University, Richard was approached to stand for the Kaipātiki Local Board. At this time, the Supercity had just been formed and the local board was a new institution. Richard didn’t have the money to run a campaign, however the previous mayor of North Shore City and Labour MP between 1999 and 2008, Ann Hartley, offered to help fund his campaign, promising that if he won, he would pay her back. “I enjoyed the communications side of the campaign. I was 23 and I ran a hard campaign for the board. My platforms were public transport, water quality, cycling, parks and youth connection”. Richard was elected and completed two terms on the board.

One of the projects Richard was involved with was the establishment of the first youth centre on the North Shore. The project took five years – the plan: to transform an old moldy hall for hire into a youth space. The Marlborough Park Youth Hub (Te Aranga) was opened two years ago with spaces for counselling and medical services, an art space, boardroom and space for a Jobs-For-Youth programme. The focus for this hub is to be for youth.

Richard had planned to stand for the local board again, however, a last minute call that the North Shore Councillor was not seeking reelection meant that Richard found himself being asked to stand for Auckland Council. “I had my billboards up and application in for the local board and then I was asked to stand for his seat. I didn’t have any money left! I had already spent it on the campaign. So I had to fundraise”. Richard door knocked with friends and family and on social media, raising whatever money he was able to. The North Shore Ward also encompassed not only the Kaipātiki area, but also the Devonport Takapuna Local Board area. “I had only really fifty days to campaign. I felt it was unlikely to be elected with such a short campaign. My billboards were up last”. Richard won by a margin of 128 votes. Richard has since been on the council for two and a half years. He is seeking reelection this year on October 12th.

Richard is passionate about young people being involved in voting. “Often policies and ideas are targeted for older people – so then older people are more likely to vote – and are more likely to stand – it’s a cycle. There’s nothing wrong with older voters or candidates but we need a mix”. Richard indicates that a lot of the council work is envisioning plans for ten, twenty and thirty years in the future – and so this presents the challenge of representing a range of ages and views when consulting.  “I believe that younger people voting makes us more accountable to long-term planning and not just to the next election. We have to ask – and be able to answer – where are the houses, parks and community services? What youth want will be different to what older people want”.

Richard indicates that projects the council are currently involved with impacting university students include the City Rail Link and Downtown Redevelopment. The City Rail Link affects students in the fact there is constant change in the city. If there are issues getting somewhere, or there’s a cancellation, or travel plans are affected, then it can affect access to university. “These projects can be three to five-year projects, which can be your whole university life. This could be a person’s only time in the City and it needs to be a positive experience: Clean, safe and well-lit for people after lectures – to support students with lower incomes and with more stress and the need to travel to both work and university”. Richard also indicates that Downtown is an important place for youth – in particular, the need for open spaces for relaxation, especially when youth both live and study in the city.

Out of the central city, town centre developments are occurring in Northcote and Takapuna – both of which are designed to open space. “It makes sense to have walking opportunities between the shops, beach and transport. It isn’t anti-car, it’s improving people’s lives, helping prevent climate change. It’s nice to live in a neighbourhood you can walk in”. This idea also supports local business – Fort Street experienced a 400% increase in economic activity following when it was pedestrianized. Richard also speaks of a City Health Alliance: specifically around Mental Health. “We do a lot on physical health: walking, cycling and park spaces and not necessarily mental health”. Richard speaks of the shift to focus not just on infrastructure, but making sure everything can go back to improving wellbeing.

Richard Hills’ significance as the youngest councillor on the council by ten years also stands alongside his status at the first openly gay councillor on the new SuperCity council – although he is quick to tell me there were two previously openly gay councillors on the previous Waitakere and Auckland City Councils. “I didn’t really think much about it until I was elected and suddenly it was a headline. Working with youth and in high schools when I was a youth worker however means I know how important it is to be visible for young people figuring things out. I want to brush it off like no big deal but I know that for queer youth getting shit from school, family and church, to see someone like me being a politician and doing things and I assume being accepted, it shows that you can be elected by people in the community while being your true self”. Richard specifies that there are two facets: the responsibility to be open about his sexuality – not that he admits it was ever hidden – as well as the notion that it doesn’t define his decision making; “there are no gay footpaths and straight libraries”.

Richard is also from Ngāpuhi heritage. “I’ve been slowly learning more about my dad’s side. I have been slack previously in identifying with my Māori side. I’m improving. I try to incorporate Te Reo into most of my speeches and my Pepeha and Mihi” (Richard’s Pepeha is featured at the beginning of this article). Richard has started learning Te Reo. The renewal of the Auckland Plan also presented opportunities to recognize the focus needed on Māori identity in Auckland: the need for Kaitiakitanga. “it’s more than just putting a koru in our art: we’re the only international Māori city”.

I ask Richard if he has any advice for young people wanting to stand for political office:

“Ask people for advice! Like me or other friendly elected members, we always appreciate getting questions about our work or advice, our emails are normally problem related.

Campaigns are awesome: This is the time you can be a weirdo on the street and talk to people.

It’s hard to do, but ask people for money: Saving money is hard if you’re not confident your campaign will be successful. You’ll be surprised how many people – family and friends – want to support good people to stand for office who share their ideas. People also have a vested interest in your campaign if they donate and want to help.

Social Media and Poster Campaigns are good: Speak to people – you don’t have to spend tons. The 150 word biography that gets published in the election brochure is an important way to spread your message: people who want to read those .

Ultimately, be confident that some people will like your views: Richard knows that with his campaign he had nothing to lose, telling me he ultimately went in to be positive. “People want to think that cutting costs is good but we’re running an international city and buying into negative campaigning like that isn’t the way to engage young people. politics can be so negative and people switch off. You can have a whole campaign of “I love the parks”.

Lastly, Richard, an avid twitter user – @RichardHills777 – has used a RuPaul’s Drag Race meme so I had to ask if he’s a fan, “Yes, I watch it! I want Vanjie to win but I know that won’t happen so I’m going with Brooke Lynn Hytes”. As for his favourite flavor of shapes: Barbecue. “They have the most flavouring! The chicken ones are ass and I ate too many cheese and bacon ones as a kid with my granddad

And then the interview ends, he pays for my coffee (incredibly kindly) and grabs the same Lime from the beginning of this article and zooms back to council – I assume to eat a packet of Barbecue Shapes. If you see billboards out there soon with ‘Richard Hills: I love the parks!’ just know that Craccum heard it first.