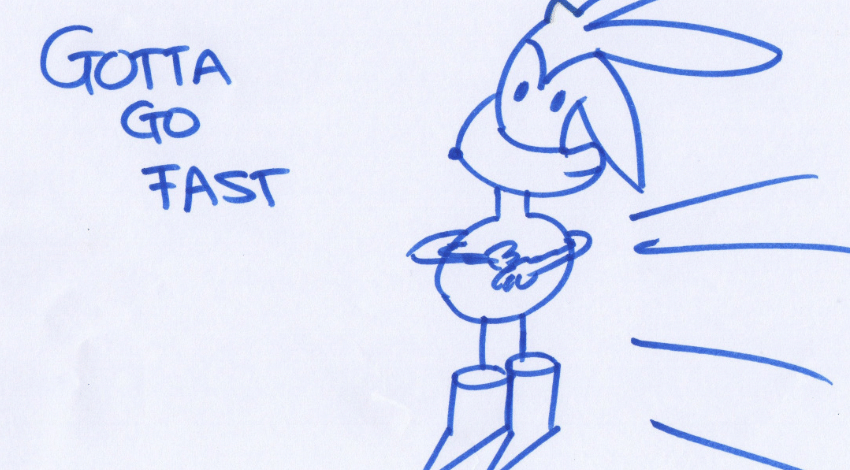 I was asked on Twitter last week if Craccum was going to review the new Sonic the Hedgehog movie trailer and after the shitshow it proved to be, how could we not?

From the outset, I have many questions about this trailer. Primarily, why is Gangsta’s Paradise playing in the background for the entire trailer? Supplementary: what exactly is Sonic now? Is he a hedgehog or an alien? Is he human or is he dancer? Why are the producers of Fast and Furious now producing Sonic the Hedgehog movies? Sonic is presented as this little blue athletic furry being who is found by a human cop and is now due to save the world (I think) from Dr. Robotnik (Dr. Eggman) – played by Jim Carrey. Already the internet believes Jim Carrey is going to carry this whole movie and honestly that looks about right. What is most baffling about this trailer is the animation decisions about Sonic. Uncanny valley. And his legs – like why? Two days after the trailer’s release it was announced that Sonic would be redesigned due to audience backlash against the design. Former Sonic team president Yuji Naka was ‘shocked’ by the design – stating that the head to abdomen was imbalanced fucked. Many viewers have taken to Twitter to illustrate how they would fix Sonic and to express their anger that Sonic appears to look a bit fucked up. Watch this trainwreck unfold in cinemas from November.