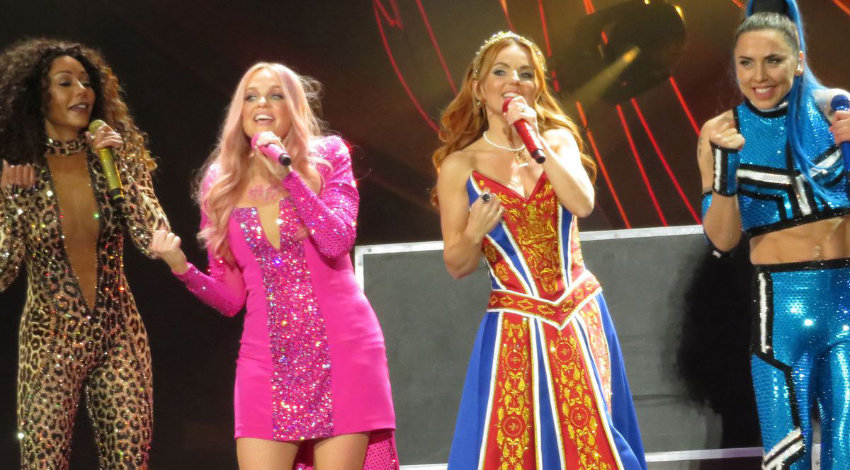 Now firstly I must confess that I really love the spice girls. Even though Geri Horner-fucking-Halliwell left the band well before I was even born,  I do feel very strongly about Scary, Sporty, Ginger, Baby and Posh. I will not forgive Geri for leaving ‘Girl Power!’ (or for changing her name to Horner). You see, I am what Wikipedia calls, a crafty butcher, and Girl Power and gay men are always bound to be natural allies. Though I tried to convince the Editor-In-Chief that a Spice Girls live review was highly necessary for this magazine – and a very appropriate use of our discretionary budget –  I unfortunately (and wrongly) was denied. That being said I would sell my left kidney to see the spice girls live.

Opening night of the Spiceworld 2019 Tour occurred in Croke Park, Dublin, Ireland. On May 24th. Thanks to the miraculous power of Youtube, I have been able to watch selected angles and selected snippets of the opening night. The tour itself has been riddled with doubt. Posh Spice was ‘too busy’ to come on tour which left the Spice Girls without a back up singer/fill-in-character, so the Fab Five went down to the slightly less Fab Four. Then there was Mel B acting as the J.K. Rowling of the Spice Girls and sharing the story of her chowing down on Ginger’s Poontang. Finally, the news that Mel B supposedly caught eye herpes and was going to wear an eye patch for the shows – zig-a-zig-arrrrrr indeed- . I can now confirm that Pirate Spice was nowhere to be seen on opening night but from the footage I’ve seen, my favourite spice girl is now in fact the guy to the right of the camera screaming ‘SPICE UP YOUR LIFE’ every three seconds; A special shoutout to their performance of ‘We are Family’ – even though, contrary to song lyrics, they did not ‘have all their sisters’ with them at all. Otherwise, the show looks incredibly well designed, a lot of fun and, very spice-girl-esque and I am now selling 1x kidney in excellent but slightly used condition. Price: a ticket to the Spice Girls.