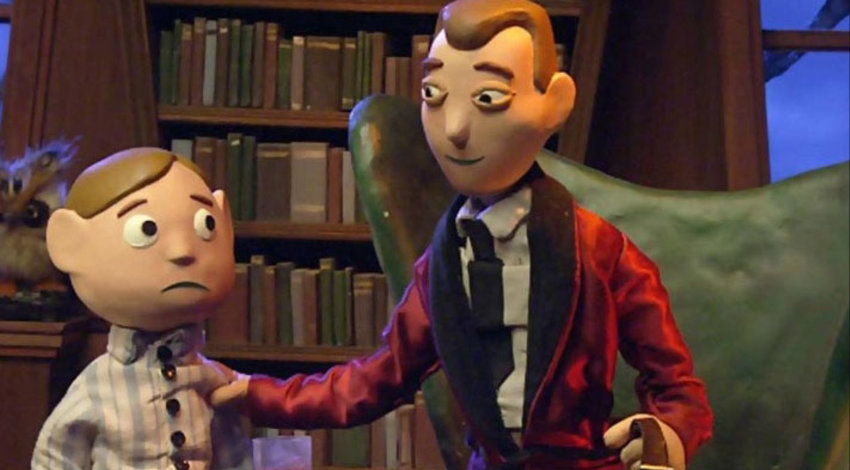 It is the year 2019: anime is (kinda) mainstream and cartoons are no longer just for kids. By now there’s a well-established canon of must-see animated things you’re probably familiar with and today I’m here to share the names that aren’t mentioned enough in this conversation.

Remember the show Community and that gag character Star-Burns? What if I told you he was responsible for a depressingly real claymation series about a boy growing up in a satirical version of the American Bible Belt? Moral Orel is the type of show that would thrive had it been released today. It bridges the adult cartoons which had their start in the late nineties such as South Park with the heavy-hitters of today like Bojack Horseman. Released in 2003, Dino Stamatopoulos’ critique of religious fundamentalism was ahead of its time for both its content and style. What begins as a wacky sitcom eventually switches gears to become a drama which treats even its minor characters with a surprising amount of empathy. The show takes some time to get there but on the way it leaves no stone unturned in its scathing condemnation of a corrupt town that’s all too familiar in a world with President Trump. Dark without being mean-spirited, Moral Orel is a bittersweet and candid reflection of modernity in the U.S.

It’s Such a Beautiful Day

On the way to the bus stop, Bill recognised somebody walking towards him… and thus begins an hour long journey into the troubled mind of a stickman trying to navigate life one mundane thing at a time. To put it simply, It’s Such a Beautiful Day is one of those films likely to stick with you for a while. Despite relying on gritty 2D geometry and a single voice over delivered by himself, Don Hertzfeldt easily immerses you into a strange and frightening world as experienced by the protagonist Bill. What makes this movie special is not its experimental style, but the story and themes this style is in service of. On one level, it succeeds as an earnest exploration of mental illness and transgenerational trauma. On another, it is a coherent meditation on what it means to be alive. Stick figures have rarely ever been so moving and profound. It’s Such a Beautiful Day left me feeling every emotion at once by its conclusion and I believe it will resonate with you too.

Anime is not typically seen as the realm of the ordinary or realistic. Its reputation for unique, high-concept premises is not unearned, but as much as I love these stories, for my money, Masaaki Yuasa’s Ping Pong represents the very best of what anime can achieve. On paper, this really is just a show about kids in high school playing ping pong. They win sometimes. Sometimes, they lose. It is in these losses where the show really shines. Clocking in at just 11 episodes, Ping Pong is an exploration of how people deal with adversity. Everyone experiences some form of growth but this path is not linear. True to real life, people regress or spiral out of control. What I love the most about this show is how sincere it is without being melodramatic. It’s full of nostalgia but not without looking to the future as well. It is in equal parts a love letter to ping pong as it is a coming of age story with a healthy depiction of masculinity to boot. Plus it’s got an incredible opening you’ll never want to skip, what more can you want?

Sometimes all you need is something easy-going to watch and this movie offers just that. In this European production, we follow the unlikely friendship which unfolds between the titular Ernest and Celestine as they challenge the status quo of the mouse and bear worlds they come from. Everything about this movie is effortlessly endearing from the playful, woodwind-rich score to the voice acting of the two leads. The art beautifully reproduces the watercolour style of the childrens books it is adapted from to create one of the comfiest aesthetics you’ll see in motion. Cosy fantasy worlds are the bread and butter of animation and this movie is one of the cosiest. Best enjoyed on a rainy day with your hot beverage of choice, Ernest et Celestine is the wholesome, anti-establishment story you deserve.