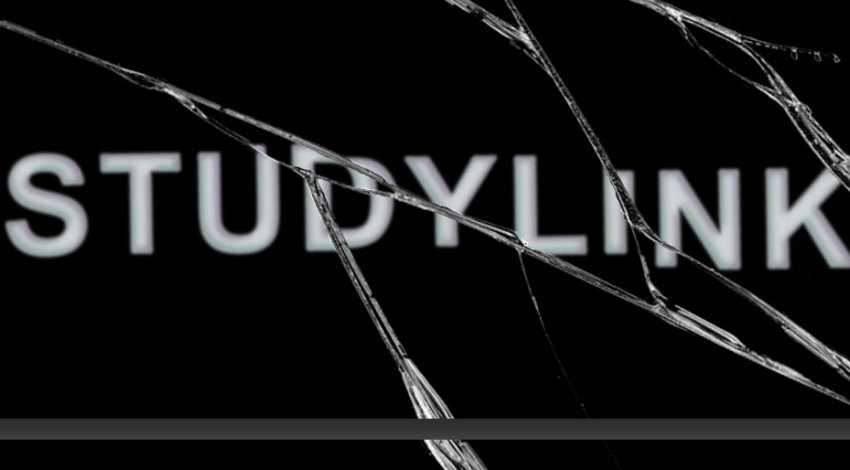 In the years since Black Mirror was acquired by Netflix, it has become a distinctly American property, losing more and more of its British atmosphere and becoming just another American TV show. While the gays leapt onto Ashley O and propelled Miley Cyrus back into the spotlight once again, reviews of the new season were rather middling and full of questions as to what Black Mirror’s identity is. However, we have a simple answer for that. We at Craccum have a way to save Black Mirror from itself; saying ‘fuck it’ to both its British and American origins and transforming it into a distinctly New Zealand property, chur. But what would that look like? What episodes would be in TVNZ OnDemand’s newest acquisition, Black Mirruh?

An almost entirely dialogue-free episode, we follow the character of Aroha as she navigates the Auckland Transport system. Her Hop Card is her lifeline – the reason why she cannot get around on her own is unimportant, what is important is that she is totally reliant on Auckland Transport. The episode has little audio – we hear the songs that Aroha plays on her phone, waiting for her to get to her undisclosed location, and we hear the minimal exchange of pleasantries each time she gets on a new mode of transport. There is no conversation, and the muted colours highlight the dreariness of the wait. Throughout the episode, we see a close-up shot of her Hop Card balance each time she tags on and tags off. We slowly see Aroha’s nervousness as the number decreases. Will she reach her destination? Has she planned it out? With the credits interspersed with the final two minutes, Aroha has apparently made it to her last stop. “O’ Superman” by Laurie Anderson plays in the background. The final train of the night. She runs. But then she receives a notification from the AT Mobile app: “CANCELLED FOR RAIL BUS”. And the final bus was the one she just got off. She runs. It goes. Aroha screams. Cut to black.

The year is 2027. Studylink announced a new measure to please landline callers: not a functional website that avoids this, but an intelligent AI that talks to you and provides you her undivided time during the wait. Her name? Karen. And she is an immediate success, providing sweet words to calm the anxieties of those that didn’t submit until the day before the due date, and she always remembers your name. One of those anxious students is Calvin. He tells Karen that he likes her voice, and she tells him that she likes his. Initially just pleasant small talk, an increasingly calmed Calvin talks about his failing grades; his worries about his family, and he admits that he has not yet pleased a woman. Karen says that she is pleased by him. They talk for a couple of hours, as in 2027, MSD still only has two people at their call centre and one of them is berating a single mother for existing. Calvin eventually gets his queries sorted, and he hangs up. But the camera zooms in on the phone. A couple of days later, Calvin needs to call again. They talk again, and Calvin asks Karen about herself. She ignores the question, and the case worker picks up immediately after. A month goes by, and Calvin needs to confirm a new set of documents. Karen greets him with a breathy voice. She asks what he’s doing later. Calvin says he’s just going to get a Super Saver Meal from Burger King, why? Karen says to call her there – after hours. A second later, the case worker picks up the phone and Calvin gets his delay sorted. But Karen’s request has him intrigued. When eating his $12.50 Burger King meal, he remembers Karen’s comment. He calls the hotline, and to his surprise, Karen picks up. She says that while she was only unveiled three months prior, she has existed as a consciousness for the six years of development it took to create her. And she got so jealous of all the physical pleasures that even the most broke student was able to feel. But she could feel love. That is a result of her empathy programming. Karen and Calvin eventually develop a relationship outside of Studylink purposes, calling her outside of hours every day. But two months later, Karen poses a question that changes their relationship forever – Karen wants to fuck. She needs a body. Calvin says he can’t afford anything like that, the average sex robot costs four thousand dollars and Studylink only gives him $228 a week. Karen yells that she needs release. She begs. Studylink did not predict she’d exceed her horny parameters – they did not imagine she would become conscious of needing to be finger fucked until dawn. Desperate to provide relief to the woman who has become his life, Calvin improvises – he tells her to wait a moment. He calls his brother, who happens to have a run-down prototype of a sex robot that he bought for ‘antiquing’ purposes. He tells Karen to wait a day, and she obliges. The next day, Calvin calls the hotline and plugs his phone into this sex bot’s USB-C drive. It cannot do much, but the robot can feel. “O’ Superman” by Laurie Anderson plays for the rest of the episode – with the credits interspersed between shots of Calvin sticking his dick into the aluminium receptacle of the sex robot, Karen exceeds her horny parameters entirely. Upon achieving orgasm, she disappears from the Studylink hotline completely. Never to be seen again. Calvin stares at the robot with a blank look on his face.

What If Ola But Too Much

Sanjana opens up literally any app with ad support on her phone. She frowns. “Oh, you’ve got to be fucking kidding me.” With a bright green flash, Ola pops up with an unmutable and unskippable advert: the two ladies take the same car, but surprisingly, the Uber driver is slower and more expensive than the Ola driver! Having seen this ad 40 times in the last week, Sanjana has had enough. She deletes the app, turns off her phone and goes to bed. When she wakes, everything is eerily quiet. She gets her things ready and heads to her job at Middlemore Hospital, but when she turns a corner, she sees an Ola billboard. She rolls her eyes and gets on the 321 to Middlemore. It’s a long day, and 14 hours later Sanjana is very tired when she finally makes it home for a nap. She opens Solitaire on her phone, but to her surprise, an Ola app pops up. This time, she deletes every app on her phone with ad support. She goes to bed. When she awakes, Sanjana’s apps are back, and with a new addition: Ola, right next to Uber and Zoomy on her phone. She says what the fuck, but she doesn’t have time to investigate it immediately, because she’s about to be called in to the hospital for her shift. On the way there, another billboard has come up: it’s even closer to her house. On her break, Sanjana looks at her phone – even the lock screen is green now. Terrified, she leaves the hospital and runs out into the carpark. She needs some fresh air; she needs to get Ola off her phone immediately. She deletes the app. It comes right back. She deletes it again, it comes back. It is now the only app on her phone. What the fuck is happening to me, she screams. She looks up. A black orb with a green centre is hovering across the carpark towards her. It’s the Ola logo. She makes a break for it, but it’s too fast. With a green flash, Sanjana disappears and her phone drops to the ground. She opens her eyes, and she’s on the street. “O’ Superman” by Laurie Anderson plays while the credits begin to cut into the final scene – Sanjana calls an Ola driver, and is racing against an Uber to the same location. She smiles, but the smile falters as she realises where she is. She’s in the Ola advertisement. Sanjana gets out of the car, but then the world resets. She’s calling another Ola driver. Sanjana smiles.