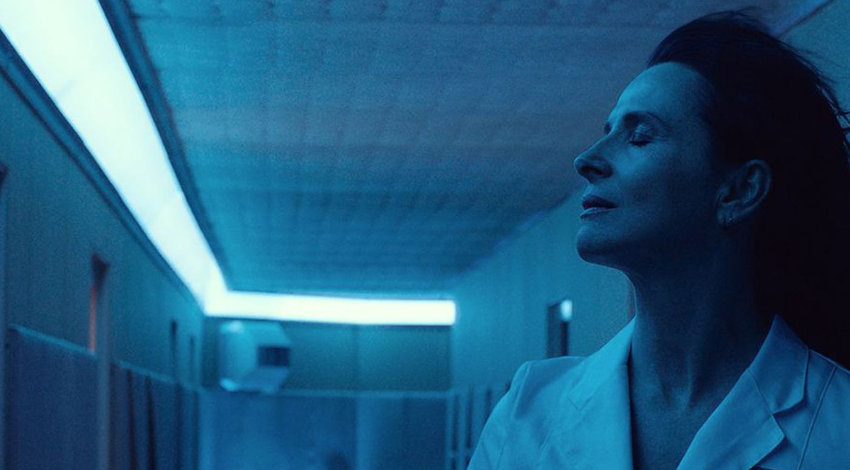 High Life is the first English language film by acclaimed French director Claire Denis. In it, a spaceship carrying death row inmates hurtles towards the outer reaches of the solar system in search of a black hole. Monte (played by Robert Pattinson) and his baby daughter are the last survivors, and must keep each other alive on their seemingly hopeless journey.

High Life bears almost no resemblance to the slew of space-themed movies released over the past few years (Gravity, Interstellar, Life, the Cloverfield Paradox, the list goes on). In fact, despite the constant presence of space suits, it has very little to do with space at all. Instead this is a beautifully shot, atmospheric film about humans and their most primal instincts. The film is non-linear, and told largely through flashbacks. The dialogue is minimal – instead the story is told through visual storytelling. However I would have appreciated a touch more dialogue, especially between Monte and his daughter. His relationship with her as a baby and later in the film as a young teen was one of the most interesting aspects of the film, and I wish it had been given more screen time.

A trigger warning may be necessary, as High Life features several scenes of rape and sexual assault. I had mixed feelings leaving the theatre, as I felt quite repulsed by a lot of the film. However, High Life made an impression on me, and I am still thinking about it days later.