An Upgrade? Another Upgrade? 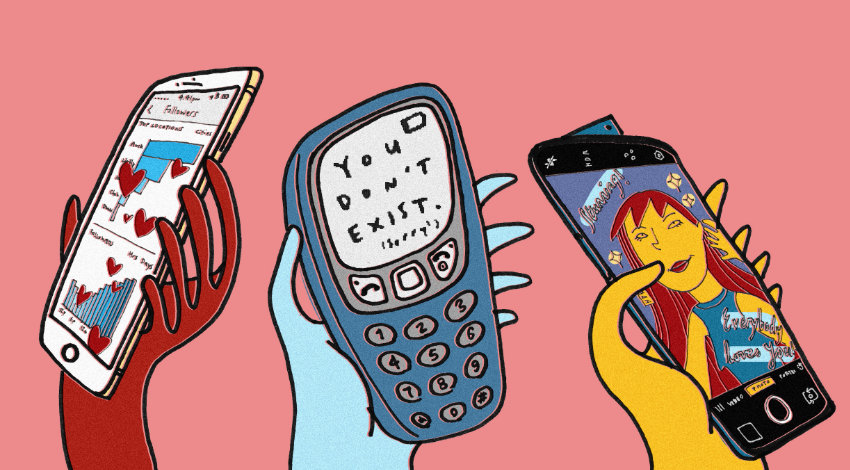 Item on the six o’clock news last night: 5G mobile internet connectivity could be coming to New Zealand as early as December this year. I hear over the crunch of my sad little dinner (boiled broccoli and store-bought roast pork) a list of businesses and a rollcall of CEOs whose movements appear to be of some import. There isn’t much in this particular summary about what 5G is — I look it up later and am informed that it means faster speeds, more stable connections, and wider coverage — all we need to know, the presenter says urgently, is that a) it is new, and b) we need to have it. It means that we’ll need to upgrade our phones.

I don’t love this news.

I’ve no quibble about improvements in technology itself! What is there not to like about stuff that works better? I should like to never see a buffering screen ever again. New possibilities too, for safety, for access, for aid — and maybe one day I could hear an alarm in the morning, stagger into a self-driving car, fall asleep, and wake up directly in front of my lecture theatre door at four minutes past the hour.

What I don’t appreciate so much is that I have 2G brick phones that are now just bricks, even though the pixelated, Tamagotchi-size screen works perfectly fine.  App upgrades keep on coming (facebook! What is that new facebook blue?) and each system upgrade makes my smartphone slower, crashing it every once in a while to remind me that eventually it too will become obsolete and I will have to lay it to rest in my graveyard of no-longer-useful electronics among the stopped watches and staticky radios: kept too long to pass on, kept too long to throw away.

It hasn’t been very long at all since they were new. I want some time to savour them before I move on.

Online content too — digital ephemera. Sometimes none of it feels real; shut my laptop lid and it’s no longer there (what object permanence?). But the time and thought I put into my posts certainly is real, and the people who see and share and respond are real (most of them, at least). It’s just that nothing stays in interest very long on there. When something of mine gets picked up, the activity graph always spikes, and eventually falls — I can imagine it being passed from hand to hand like a just-lit sparkler and then tossed aside, followed by demands for another, then another, and another. Internet’s haunted: deactivated pages, broken links, deleted conversations. I want messages to be solid the way letters are solid. There is a life lived in those exchanges, journeys taken, stories told, and I wish I could gather them up and encase them in amber.

I want us to last. Tech and online spaces didn’t just pop out of thin air; they are created, need to be actively maintained (servers, hosting, electricity supply) — and I fear that at some point it will collapse. What will be left then?

Why is this a worry? Why do I need everything I do recorded and catalogued? Is someone at the end of my life going to demand from me a list of results? Is that going to look like a spreadsheet, my grades and jobs and salaries laid out all neat and comparable? I sure hope not. It seems like a surefire way to keep myself beholden to chasing things other people dictate for me.

Part of me wants to roll my eyes at myself when I talk about legacy. Planting seeds in a garden you’ll never get to see? Having your name in history? Sounds like the faux-grandness of someone unappreciative of the labour involved in life and its renewing. And in any case — everyone’s probably too busy living their own lives to care about the minutiae of mine.

I’ll take photos of everything anyway. So what if in twenty updates’ time I’ll no longer be able to open the file? I’ll still have had the moment. And I think in the end upgrades are just an expression of the human need to build and play.

Will I upgrade to 5G when it comes? Yeah. Don’t judge me. I want to be able to talk to my friends.