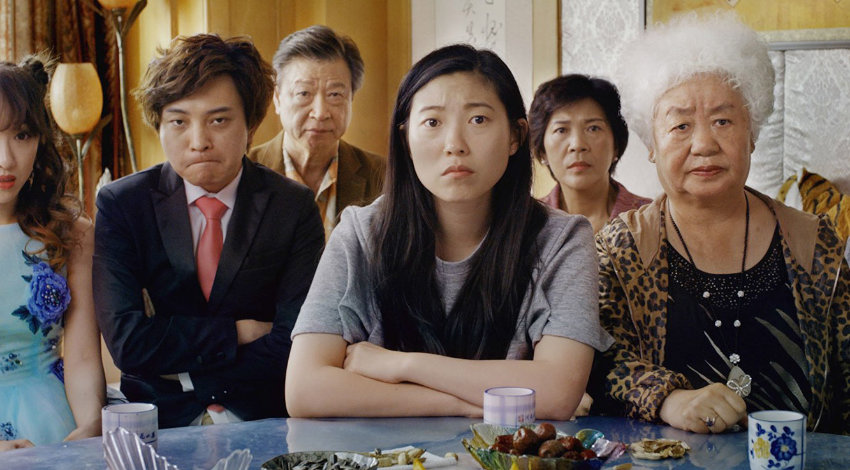 Based on an actual lie, Lulu Wang delivers a moving tale exploring the tensions between individualism and collectivism and its impact on transnational family relationships in a Chinese-American context. Billi (played by Awkwafina), a Chinese-American student finds out that her Nai Nai in China is dying from lung cancer, and becomes torn when her family refuse to tell Nai Nai about her condition.

The writers truly understand the unique relationships within Chinese families, where sometimes it is easy to conceal feelings and struggles, for the sake of others’ peace of mind. Billi’s uncle says that by not telling Nai Nai about her cancer, we are sharing her emotional burden. He challenges the preconception of the free individual, with the idea that the individual is part of a whole: a family and society. Beautifully shot, the film has a self-aware tackiness that contrasts with more stylish, contemporary choices. With Nai Nai’s obliviousness and a pitiful subplot, the film artfully balances its tragicomic plot. The set designs and cinematography draw an authentic contrast between American life and life in China, carrying the audience through paradoxical sentiments.

This film really makes you think about mortality and does a convincing job of showing that Billi’s family’s decision is a good one. Many with family overseas will know the feeling of saying goodbye to someone, knowing well it will be the last time they will see them. It is that farewell before death that is the most painful, especially if it isn’t a mutual understanding.