RuPaul’s Drag Race and Racism: How Queens of Colour are Overlooked in a Movement They Crafted 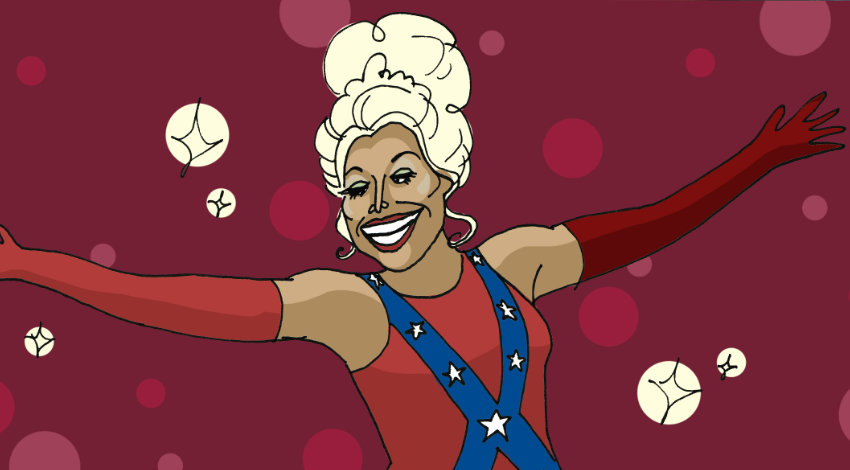 I may not be Jasmine Masters, but I have something to say: RuPaul’s Drag Race panders specifically to a white audience. Bottom line, cut and dry. Now you’re probably wondering “HoW cAN a sHoW tHAt iS pREsEnTeD bY a PeRSoN oF cOLoUr PaNDer tO A WhiTE AuDIenCE?” Well buckle up bitches and let me take you through RuPaul’s Drag Race’s promotion and villainizing programs to explain how.

Back in 2009, a show called RuPaul’s Drag Race began airing on Logo in the United States, the show received only a few hundred thousand viewers per episode and the audience was almost exclusively  queer people, people of colour, or both. As the years and seasons progressed, the audience grew in size, which meant the number of straight and white people watching the show grew too! Flashforward to 2019, the show has hundreds of thousands of viewers for every single episode that airs, and that’s just network television; the viewership is in the millions if you think about all of the people who stream the show online. Today, millions tune in to watch the best queens that RuPaul can find from across America battle it out, and nearly every season Black Excellence is ignored by both the show and the fans. Take the short list of queens for example: Shea Coulee, Tatianna, SHANGELA, Kennedy Davenport, Monique Heart, Coco Montrese, Latrice Royale, Asia O’Hara and many, MANY more. So many black queens who strive to standout in the competition are often pushed to the side for a white queen who did not achieve as much, or just happened to fall into the high position.

Let’s take All Stars 3 as a case study. Ultimately, Trixie Mattel was the winner of this shitshow season. In saying this, to say that Trixie is a caucasian queen is misleading, Trixie is actually a Native American person who is white-passing. Even though many fans of the show, including myself, LOVE Trixie… she won the season via circumstance. She did relatively well throughout the season, but she didn’t start exceeding expectations until she had the fear of God placed in her soul when she NARROWLY escaped elimination. Due to the fact that she had a meh track record she never eliminated any queen; this meant when the twist that the eliminated queens would choose the top two happened, the two with the worst track records became the final two. The queen who had statistically had the best run on the show was Shangela, but she became the only frontrunner at the finale because white frontrunner BenDeLaCreme quit the competition halfway through. So basically even though Shangela had performed exceptionally for all bar one episode in the competition and was made the solo frontrunner; she was shoved to the side for a white-passing queen who had a pretty mediocre run on the show.

Another example of this comes in the form of Shea Coulee on Season 9. Although Shea had a better track record, many were quick to discredit her. Many fans thought, and hoped, that Trinity Taylor was going to win Season 9. Shea won more challenges, was usually in the high grouping, and she was only ever in the bottom once. Trinity however was in the bottom three times and spent most of competition as safe. Unfortunately, the show’s format changed in this season and the iconic So Emotional moment with Sasha Velour happened; this meant Shea was shoved to the side for a white queen who only won challenges when paired with Shea.

This pushing to the side of people of colour does not just end with black queens; it also extends to Asian and Latinx queens. Never in the history of the show has an Asian queen won and only one Latinx queen has won. When it comes down to it, queens of colour are often overlooked and pushed to the side for white mediocrity. Seen clearly when you realise 56% of winners are white queens. This promotion of white queens is very apparent in the past two All Stars seasons: in Season 3 50% of the cast were queens of colour, and 75% of the final four queens were black queens and yet the white queen won the season. In All Stars 4, 80% of the cast were queens of colour, once again, 75% of the final four were black queens, and again the white queen won. When queens of colour are the majority and still end up with one getting tossed a first equal placement to avoid claims of racism; the preference by the show, and fans, for white queens is apparent.

It would be easy to just claim that the pandering is simply just promoting white queens over queens of colour; but production doesn’t stop there. Villainization of queens of colour is one of the production team’s most consistent tools. About 61% of queens that the fans and show consider to be “villains” are queens of colour, whether production edit queens a certain way or queens are just bitches for the sake of it. Ultimately, it’s easy to villainise any personal trait, especially with queens of colour. The best way this process can be summed up is with The Vixen arguing with Aquaria in an episode of Untucked. Aquaria was constantly picking at The Vixen making snide comments about her, but whenever The Vixen would clap back, Aquaria would get upset and/or cry.

“You say something. I say something. You start crying. You have created a narrative of I am an angry black woman who scared off the little white girl. Doesn’t matter how you do it; and so when you get super defensive and tell me I’m negative, when I’m just responding to what you brought to me. That will ALWAYS read to [the cameras] as a race issue.”

This was backed up the other queens of colour present for that discussion and one claimed:

“People are going to judge The Vixen because Aquaria’s crying, they’re going to completely overlook the fact Aquaria came at her first.”

Which was exactly what happened although Aquaria made many nasty, snide, and rude comments majority of the fans, and show, do not consider her a villain; but rather a poor victim attacked by an Angry Black Queen.

After Season 3, the villainization of queens of colour began to be paired with the victimisation of an underdog/golden child queen, with the exception of Seasons 6 and 8. Queens like Aja, Jasmine Masters, Kennedy Davenport, Phi Phi O’Hara, The Vixen and others all “lashed” out at an underdog who did a style of drag they couldn’t or a golden child who production thought could do no wrong. Each and every one of these queens has received hateful comments and some have even received death threats from “fans” of the show and/or the queen who was victimised.

RuPaul’s Drag Race has become a cultural phenomenon… that discredits a major demographic that made the drag scene what it is today. The consistent pushing of white queens over queens of colour will stay and is even apparent within the new UK series. Maybe it’s time for this show to sashay away.