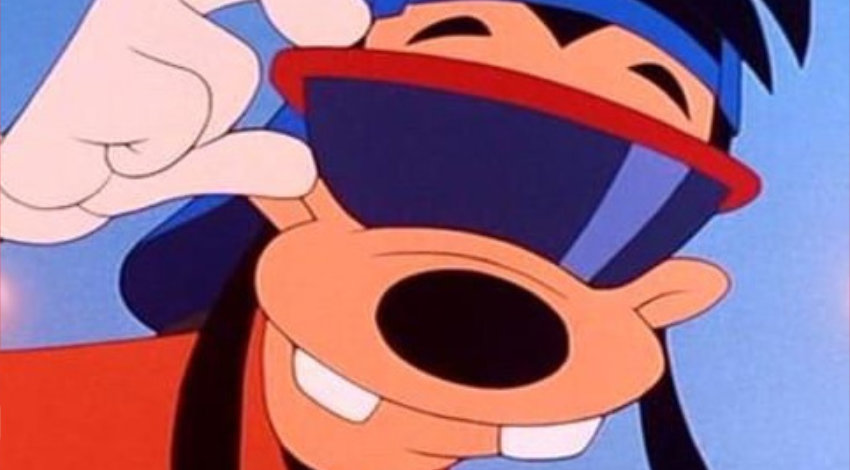 Daylight savings was fucking me over and I couldn’t concentrate, and upon seeing a clip on my Twitter feed about how long ago A Goofy Movie came out, I said fuck it and downloaded the movie. And it was genuinely good!! Nostalgia undoubtedly plays a part, but it is a sign that the Renaissance did more than just impact the fortunes of Disney’s princesses in the ‘90s, it made a pretty solidly made and far more heartfelt movie about the Goofy family than one would expect. Again, about Goofy.

For a movie in which one of the main protagonists, Max Goof, skateboards home after pulling an absolute banger of a makeshift Bobby Brown-impersonation concert at his school (or rather, skool) to impress his canine crush, it is surprisingly far less dated than you would imagine. Probably because it focuses on that classic heart-rendering emotion, the relationship between a father and his son. No mention is made of the absent mother, which is interesting – by excluding her existence entirely, we come to one of two conclusions. A) Goofy is capable of parthenogenesis or B) Goofy has dedicated himself so entirely and so wholeheartedly to his son’s well-being that there’s no need to mention his probably-long-dead wife. By keeping the natural zaniness of Goofy isolated to key plot moments, we’re allowed to see why his son would be so embarrassed by his father, but to also see past Goofy’s hyuks and see a genuinely well-written anthropomorphic canine.