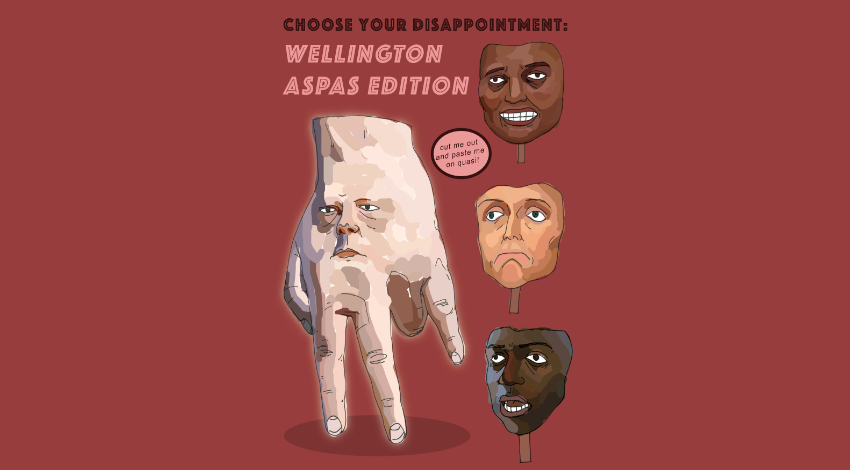 Craccum absolutely cleaned up (i.e. did okay) in this year’s Aotearoa Student Press Awards. The awards, which aim to celebrate the work of aspiring young writers, were hosted in Wellington by Victoria University student magazine Salient. Craccum and its writers were standouts in their respective winning categories.

Craccum congratulates all winners of ASPAs this year. Guest Speaker, Joel McManus, noted the increased quality of all student media in 2019 that has made for highly competitive reporting and writing. We celebrate the high calibre of the other student magazines because in reality, we all want to achieve the same thing, producing good-quality reporting and writing. A full list of winners announced on the night can be found on our twitter @craccum_mag, however for this article, we have chosen to celebrate our winners.

Arts Editor Lachlan Mitchellwon Craccum’s first award of the night (“Best in Culture and Lifestyle Writing”) for his outstanding work this year. Judges congratulated him for his funny-yet-sad interview with irreplaceable children’s icon Suzy Cato, and nostalgia-inducing piece on the Public Service Announcements of the 2000s.

Mitchell followed this up by taking home second-place in the “Best Headline” category for his article “Mel B Gets Face Deep in Geri’s Zigazgig-ah”. His work for the evening done, Mitchell spent the rest of the night celebrating by getting hammered, singing along to Fergalicious, and partying it up at the Salient afterparty.

Sports columnist Joshua Jaydewon the “Best Sports Writer” category in his debut year of writing for Craccum. “Joshua’s entry won out for his ability to strike the difficult balance between the need to both inform and entertain,” wrote Stuff’s Dana Johannsen of Joshua’s entry. “[His] engaging writing style and lively discussion of the latest sporting happenings around the globe was not only eminently readable, but most importantly, left the reader better informed.” Joshua Jayde impersonator Brian Gu accepted the award on his behalf.

The Spinoff’s Andrew Geddis named Craccum’s Keeara Ofren “Best Opinion Writer” on the night. He cited her ability “to write intelligently on various matters” as a crucial factor in making his decision, and said her articles stood out for being “intellectual in tone without being inaccessible or impenetrable, unashamedly challenging the reader to think.”

Madeleine Crutchleycame third in “Best Columnist” for “exploring big, real world issues – such as the 13 Reasons Why controversy – and presenting them to a student audience in a relevant and relatable way”.

News Editor Daniel Meechcame second in the best News Story category for the “Rags to Rags, Riches to Riches” article, and was given an honourable mention in the Best News Reporter category for keeping his writing “solidly grounded in its territory, hitting issues which are important inside that space”.

Flora Xicame second in the “Best Photographer” category for her “use of colour”, “really striking” lighting, and “dreamy” imagery.

Bailley Verry was awarded third equal (with Debate) in best feature article for “Selling Cyber Sex”. “A fascinating and fresh exploration of a very modern pursuit,” one judge wrote, “The writer clearly reports without judgement but an invaluable curiosity, in turn shining a light on an online world which many use but seldom talk about.”

Unfortunately, William Billiam Grant Guilford did not win any awards, with judges labelling it as unoriginal and strenuous humour.

Finally, the right honourable Brian Gu (our wonderful sub editor) took home the award for least-able-to-hold-his-drink, stumbling to the bathroom halfway through the ceremony to pass-out in a cubicle for about fifteen minutes. We are very proud of him.