An Ode to ‘Songs from the Motion Picture’ 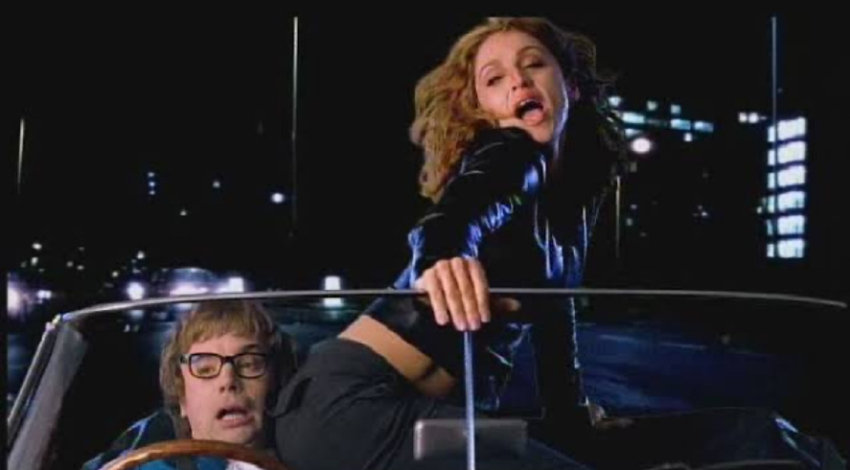 Remember movie theme songs and their music videos? I’m talking lyrics that directly reference the plot of the film, clips from the movie integrated into the music video, or better yet, videos where the actors themselves take part in the song. Also not to be forgotten is the ‘wrap-up rap,’ in which the plot of the film is summarised in rap format while the end credits roll. As time goes by, this trend which permeated 90’s to early 2000’s culture is sadly fading into obscurity. Perhaps it’s the fact that music videos just don’t have the marketing power they used to. Or maybe the film industry realised just how bizarre and embarrassing most of these songs are. Anyway, I’ve compiled a list that contains the full spectrum of movie songs – from the genuinely good to the very, very bad.

Teenage Dirtbag, from the film ‘Loser’ (Wheatus):Most people don’t know that Teenage Dirtbag was used to promote the long-forgotten film Loser. In the music video, Jason Biggs plays the nerdy protagonist in love with Mena Suvari, who unexpectedly invites him to an Iron Maiden concert. While the movie was a flop, the song bangs.

Wild Wild West from the movie ‘Wild Wild West’ (Will Smith): Extra points for the fact that the song literally has the same name as the movie. Clips from the film play on little televisions behind Will Smith as he raps, perhaps to entice potential viewers? Also, “Once upon a time in the west, mad man lost his damn mind in the west” is a classic Will Smith opener.

Men in Black from Men in Black (Will Smith): Are you sensing a theme here? Will Smith is the unchallenged king of the movie theme song, with a knack for incorporating the entire plot of a movie into his lyrics.  For example:

Black Suits Comin’ (Nod Ya Head) from Men in Black II  (Will Smith): Maybe it started off as a way to save money? Will Smith’s director is struggling to find an artist to promote their new movie. Will has a lightbulb moment – “wait a minute, I can make music!” And the rest, they say, is history.

“Yo, case closed, erase my foes

Chased away by the black suits, shades and clothes

We above the law, Feds can’t touch me, y’all

Venom for the movie Venom (Eminem): This one is actually fairly recent. I think it serves as a good reminder that people stopped making these songs for a reason. That reason is, for the most part, because it is very difficult to write a song from the perspective of a film’s protagonist (or antagonist) without it sounding extremely cringe. I have to hand it to Eminem for making an effort to tie the plot into the song, however. For example:

“You marvel that? Eddie Brock is you

And I’m the suit, so call me

Hero from the first Spider-Man film (Chad Kroeger of Nickleback): Chad Kroger is truly immersed in the Spider-Man universe in this music video. In it, the band stands atop a classic New York apartment while Toby Maguire swings through the city. Not much of a Nickleback fan myself, but this song is a classic.

Shell Shocked for the Teenage Mutant Ninja Turtle movie (Song by Juicy J, Ty Dolla $ign, and Wiz Khalifa): Some great lines include: “you know I got your back, just like a turtle shell” and, “all this green in my pockets, you can call it turtle power.” Unfortunately, it’s not a very good song.

The Climb from Hannah Montana – the Movie (Miley Cyrus): It’s such a good tune, it’s easy to forget that the Climb was written for and featured in the Hannah Montana movie. Near the end of the film, a conflicted Miley/Hannah stops mid-concert, removes her wig and reveals that she is Miley and can no longer continue being Hannah, declaring herself unable to lead her double life anymore. She then sings her own song she created; (“The Climb”), but afterward the crowd pleads with her to carry on being Hannah, promising her they won’t tell anyone her secret. Now that’s what I call cinema.

New Divide from Transformers: Revenge of the Fallen (Linkin Park): New Divide falls firmly into the category of songs that outshined the movie. But at the same time, I can’t hear it without thinking about giant car-robots.

Land of a Million Drums from the Scooby Doo motion picture (OutKast): This one truly ticks all the boxes. It heavily features characters and aspects from the film – including Scooby snacks, the Mystery Machine and an animated Scooby Doo. The lyrics are exclusively Scooby Doo related, and yet the song is genuinely quite good. It’s hard to pick just a few lines from the song, but there is one particular verse that stands out:

Daphne said, “Don’t do that”

Freaky Fred smashed the gas and slammed us into traffic

Now Scrappy want to box and throw them bows

I also enjoyed: “Woke up from a long night of hanging out with Shaggy

Oh no, lost my last baggy of Scooby snackies”

Beautiful Stranger From Austin Powers – The Spy who Shagged Me (Madonna):

Need I say more, or will this screenshot suffice?

Number One Spot from Austin Powers (Ludacris):  In the music video, Ludacris dresses up as various characters from the Austin Powers franchise, dropping verses like:

These women tryin’ yo get me out my Pelle Pelle

They strip off my clothes and tell me, “Get in my belly!”

Lady Marmalade from Moulin Rouge (Christina Aguilera, Lil’ Kim, Pink, Mýa): The absolute gold standard when it comes to music videos based on a movie. The costumes and French cabaret setting tie it to the film without being too obtuse about it. The result is a karaoke staple that still holds up today.