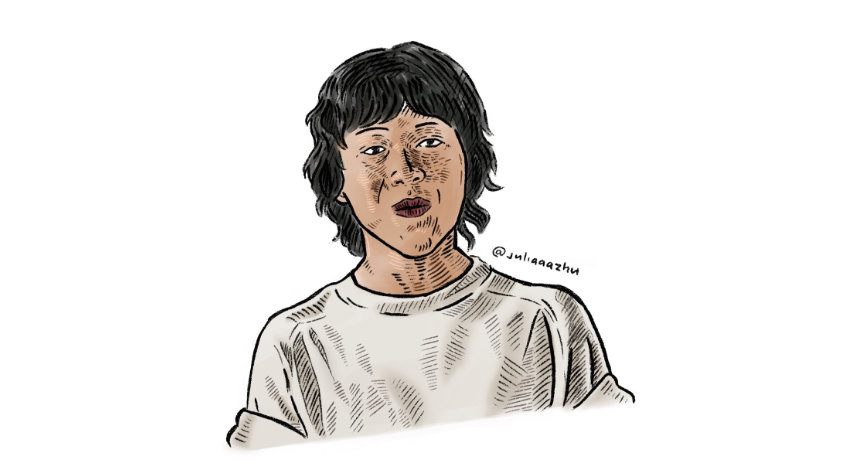 Whisked together with a cup of Wes Anderson, a teaspoon of Edgar Wright and baked in a Woody Allen microwave for 40 minutes, Taika Waititi has risen as a giant among small cinema. Like the flat white, he originated from Wellington and has since expanded to the corners of the globe. However, unlike Coronavirus, his arrival has been met with gracious admiration and celebration. And he has only just begun.

Unlike other NZ directors such as Peter Jackson and Martin Campbell, Hollywood budgets and executive powers have not steered the man away from his original artistic talents. A connoisseur of ‘happy cinema’, he peppers humour amongst stories saturated in darkness. Not exactly Taxi Driver nor In Bruges levels of gloom, but more of a drift towards a John Hughes examination of everyday trials and tribulations. Waititi’s lesser-known but still stimulating Eagle vs Shark follows awkward lovers Lily (Loren Horsley) and Jarrod (Jemaine Clement). Lily suffers from loneliness and rejection, while Jarrod battles employment and relationship failures. These poignancies are unexpectedly blended with elements of humour (“My mum died when she was 72… got kicked in the head by a cow”). Waititi illuminates the emotional intricacies of human beings yet utilizes humour as a powerful tool to both laugh at ourselves and to discern warmth and sadness in the circumstances that make us human. 2010’s Boy is a human story about forgiveness and optimism for the future. Boy (James Rolleston) eagerly awaits his father (Waititi) returning from prison. Humour is trademarked amongst Boy’s disappointment of his father (“Who knows what disease this sheep has got?” “Aids?”). While we laugh at these heart moments, we feel for Boy and wish for his dreams of becoming rich and famous to become a reality.

Fast-forward to 2014’s What We Do in the Shadows, Waititi on initial glance appears to diverge from the deep themes prevalent in his earlier work to a more playful film about Vampires flatting in Wellington. However, Shadows also toys with emotional characters dealing with complex situations. The supernatural flatties are continually needing to adjust to societies changing culture. This is perhaps best demonstrated when the human Stu explains the benefits of Google to the vampires (“If we click images we can see pictures of virgins”). Although the vampires attempt to integrate their 1850’s headspaces into contemporary culture, they ultimately fail, forever taking a step back with every step forward.

The recent decade has demonstrated Waititi’s exploration of ‘family’ as a key theme within his films. In 2016’s Hunt for the Wilderpeople, young hooligan Ricky Baker and his foster father Hector are thrust into cat n’ mouse style runaway adventure from the police in the New Zealand wild. They walk disorientated into the unknown, to only truly understand their support for each other on the other side. More recently, in Thor: Ragnorok, Thor, Hulk and Valkyrie must band together challenge the Goddess of Death, Hela, from preventing the end of the Asgard. Although Ragnarok showcases Waititi’s first venture into the Hollywood mainstream, the emotional complexities of his prior efforts are still very much evident. For comparative measures, in 2011’s OG Thor and 2013’s forgotten Dark World, Thor is displayed as a Schwarzenegger-esque figure, oozing masculinity like a Chernobyl victim does radiation. Yet, Thor is also showcased as a spoilt child, constantly under the façade of self-glory who must accept that he can never live up to his father’s legacy. Waititi makes Ragnorok his own, twisting in a Flight of the Conchords styled humour, with a less save-the-world plot and more of an understand-my-place-and-expectations-in-life plot.

Thus, we arrive at 2019’s Jojo Rabbit. While on its surface, viewers may shake their heads at the insensitive comedic portrayal of Nazis, or indeed the apparent message that Nazis are bad and should in fact “Fuck off”. Yet, Waititi has other things on his mind. The film offers empathy and curiosity of other human beings. When Jojo (Roman Griffin Davis) asks his mother (Scarlett Johansson) what she’ll do after the war, she replies that she’ll “dance”. Waititi wants us to spend more time loving and less time oppressing: don’t be a wanker, man. These are not very complex ideas, not exactly Christopher Nolan wanking off to existentialism and space shit. But Waititi’s execution is priceless.

Quoting the man himself: “I believe that despite our faults and inadequacies, through all pain and heartache, there is still room to laugh”. To beat the bully, one must laugh and take everything they say with a pinch of salt. Without humour, we are nothing but avocado-eating millennials and planet-destroying boomers. Humour allows reflection and, most importantly, resilience. Waititi has spent his career enforcing these ideas. While his themes of family and supporting the outsider are very much present, humour stands above the rest. In a time of climate change, over-population and burning Koalas, thankfully we can still laugh, giggle and poke fun.